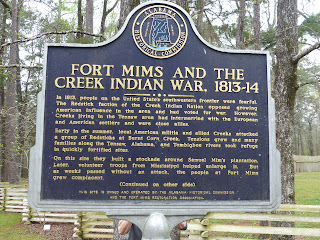 
A Successful School, a Progressive Target

For a decade, Obama and Andrew Cuomo have been trying to shutter Monroe College. Its president, Marc Jerome, talks about how he fights back.

By
Allysia Finley
March 15, 2019 6:22 p.m. ET
Monroe College is a higher-education success story. Believe it or not, progressives want to shut it down.
Founded in 1933, it focuses on practical learning: There are no seminars on intersectionality or cultural appropriation, no rock-climbing walls, organic vegetable gardens or ethnic theme houses. In other respects, Monroe is similar to other small colleges. It has dining halls, libraries, student clubs and a Title IX coordinator. “I have 850 athletes, 1,000 people in dormitories, 1,000 foreign students,” says Marc Jerome, Monroe’s president and something of a force of nature, on a recent visit to the Journal’s offices. “We look and feel like a traditional college—an urban college.” Its main campus in the Bronx, on New York City’s northern rim, and it has sites in nearby New Rochelle and the Caribbean nation of Saint Lucia.

Monroe provides training in fields like information technology, nursing and culinary arts, and its student outcomes are exemplary. A Monroe student is 10 times as likely to graduate on time as one who enrolls at a nearby community college, and the college’s 3.9% student-loan default rate is among the lowest in the state. It also ranks among the top three colleges in New York for graduating Latino and black students..........................................

One Bronx principal tells of a student “who worked hard and was finishing near the top of her class, but she was not hopeful about her future prospects given her undocumented status. When she was accepted into Monroe and into the [scholarship program], a huge burden was lifted off her shoulders.” Another notes that “the lack of social emotional supports are an institutional challenge in the [community college] system which directly affects the success level of my graduates” and warns of “the potential disaster if all for-profit colleges are closed.”
Mr. Jerome doesn’t mind being regulated, but he wants the rules applied uniformly—and he notes that many nonprofits and public colleges operate like big businesses. Southern University of New Hampshire, a private school in Manchester, spends more than $100 million a year on advertising. CUNY, a public institution, last year paid economist Paul Krugman, a fierce critic of income inequality, $245,000 to teach.
“The challenges of student debt, earnings and completion rates can be found across all of higher education,” Mr. Jerome says, but “for-profit colleges have become the convenient scapegoat.”
Ms. Finley is a member of the Journal’s editorial board.
Appeared in the March 16, 2019, print edition.