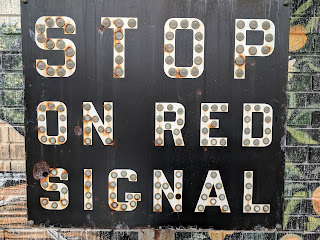 GENERAL INTERESTThe Cutest Animal on Instagram Is Possibly in Your Trash Canhttps://www.nytimes.com/2019/02/28/style/are-rats-good-pets.html?emc=edit_ne_20190301&nl=evening-briefing&nlid=5893540820190301&te=1Doing this could get you free flights on JetBlue for an entire year — but it won’t be easyhttps://www.marketwatch.com/story/doing-this-could-get-you-free-flights-on-jetblue-for-an-entire-year-but-it-wont-be-easy-2019-03-01The No. 1 way scam artists fool people into parting with their money https://www.marketwatch.com/story/the-no-1-way-scam-artists-fool-people-into-parting-with-their-money-2019-03-01News Quiz: Test Your Knowledge of the Week’s Headlines (10 out of 11 ... missed Spike Lee)https://www.nytimes.com/interactive/2019/03/01/briefing/01weeklynewsquiz.html?emc=edit_NN_p_20190301&nl=morning-briefing&nlid=58935408ion%3DwhatElse&section=whatElse&te=1HEALTH87 more lots of blood pressure and heart medicine recalled for probable carcinogen https://start.att.net/news/read/article/the_miami_herald-87_more_lots_of_blood_pressure_and_heart_medicine-tca/category/news+Pollen Falls in Florida Like Snow as Allergy Season Startshttps://weather.com/news/trending/video/pollen-falling-in-florida-like-snow-as-allergy-season-starts?pl=pl-the-latestE-cigarettes 'are NOT safe for your lungs': Scientists discover vapers are nearly TWICE as likely to wheeze which can lead to acid reflux, heart failure and even cancerhttps://www.dailymail.co.uk/health/article-6760231/E-cigarettes-cause-signs-lung-damage.htmlHEALTH CAREThe Canadian prescription for inefficient health care https://washingtontimes-dc.newsmemory.com/?token=1a263e27f3efea935b33c2bfebb7320b_5c796972_5cd1fdb&selDate=20190301&goTo=B01&artid=1&utm_medium=Email&utm_campaign=washingtontimes-E-Editions&utm_source=washingtontimes&utm_content=Read-ButtonDEMOCRATS RUNNING AMOK388 Days in Senate LimboSee the second Wall Street Journal article, below.GOVERNMENT MALFEASANCEDe Blasio and ‘co-mayor’ wife have wasted $1.8B of taxpayer moneyhttps://nypost.com/2019/02/28/de-blasio-and-co-mayor-wife-have-wasted-1-8b-of-taxpayer-money/?utm_campaign=iosapp&utm_source=mail_appA ‘thriving’ mental-health money pithttps://nypost.com/2019/02/28/a-thriving-mental-health-money-pit/?utm_campaign=iosapp&utm_source=mail_appBUSINESSBurger-Flipper ArbitratorsSee the first Wall Street Journal article, below.ENVIRONMENTOspreys’ Recovery From Pollution and Shooting Is a Global Conservation Success Storyhttps://www.ecowatch.com/osprey-population-conservation-2630174079.htmlThe grass really IS greener! NASA discovers 'ambitious tree planting programs' in China and India has made the world more leafy now than it was 20 years agohttps://www.dailymail.co.uk/sciencetech/article-6759901/NASA-discovers-China-India-world-greener-20-years-ago.htmlHow America’s ‘tree-to-toilet pipeline’ is destroying Canadian forestshttps://www.marketwatch.com/story/how-americans-tree-to-toilet-pipeline-is-destroying-canadian-forests-2019-03-01SCIENCEInside the quietest room in the world: Microsoft reveals the $1.5m ‘chamber of silence’ it uses to tune everything from headphones to the click of your mouse button - that's so quiet no one has been able to spend more than 45 minutes insidehttps://www.dailymail.co.uk/sciencetech/article-6757683/Inside-quietest-room-world.htmlARACHNOLOGYCreepy video captures the world first moment a tarantula the size of a DINNER PLATE devours an opossum while dragging it across the Amazon's forest floorhttps://www.dailymail.co.uk/sciencetech/article-6756391/Super-creepy-snaps-spiders-devouring-frogs-lizards-captured-biologists.htmlARCHAEOLOGYAncient Feces Suggest North America's First and Largest Pre-European City Fell to Climate Change https://www.ecowatch.com/monks-mound-climate-change-2630294376.htmlJUDICIARYThanks to Trump, the liberal 9th Circuit is no longer liberalhttp://www.jewishworldreview.com/0319/9th_circuit_no_longer_liberal.php3THE WALLGOP bristles over plan to shift military funding to border wallhttps://thehill.com/homenews/senate/432129-gop-bristles-over-plan-to-shift-military-funding-to-border-wall?userid=288549TRUMPGATETrump CFO Weisselberg emerges as key person of interest for Demshttps://thehill.com/policy/national-security/432126-trump-cfo-weisselberg-emerges-as-key-person-of-interest-for-demsPoll finds 37 percent found Cohen testimony crediblehttps://thehill.com/hilltv/what-americas-thinking/432187-americans-havent-decided-whether-to-believe-michael-cohen-pollPOLITICSAOC Threatens to Put Moderate Dems on a Primary ‘List’ If They Vote With GOPhttps://news.yahoo.com/aoc-threatens-put-moderate-dems-133644548.html;_ylt=AwrNBTCbeXlcYXgACAJXNyoA;_ylu=X3oDMTEydmtxNDQ0BGNvbG8DYmYxBHBvcwMxBHZ0aWQDQjY2MzJfMQRzZWMDc3I-Dems ramp up scrutiny of Kushner's security clearancehttps://thehill.com/homenews/house/432274-dems-ramp-up-scrutiny-of-kushners-security-clearanceReparations? Let Democrats Pay for Their Anti-Black Abuseshttps://www.nationalreview.com/2019/02/slavery-reparations-democratic-party-politics/?utm_source=Sailthru&utm_medium=email&utm_campaign=NR%20Daily%20Monday%20through%20Friday%202019-03-01&utm_term=NRDaily-Smart
FROM THE WALL STREET JOURNAL (without permission) SEE LINKS FOR FULL STORYhttps://www.wsj.com/articles/burger-flipper-arbitrators-11551398235?emailToken=38b5744d9e0803f86f0db247a26d0d2fD07Xbf6YepSQCFTil++UMsIeFDfl1RonHEYpdkhFpu0b9QE4Vwe9oCGFPm+kgDkkfGyL7vwV8x5AbSFSk75wmQ%3D%3D&reflink=article_email_share

The legislation would effectively abolish at-will employment in chain restaurants.

The bill is unprecedented in its scope; apart from a legal quirk in Montana’s law, no other U.S. city or state has eliminated the bedrock principle of at-will employment. If a fast-food employee skips a shift or uses foul language in front of customers, he can be fired immediately. Employers don’t have to justify staffing adjustments such as layoffs or reduction in hours.
Mr. Lotito is a labor and employment attorney whose clients include restaurants. Mr. Saltsman is managing director of the Employment Policies Institute, which receives some support from restaurants.
Appeared in the March 1, 2019, print edition.
*******************************************************************************https://www.wsj.com/articles/388-days-in-senate-limbo-11551397957?emailToken=8909e08649533458cefde4239ab9de2dELS4bA4tlZuYVhsYgF6caK1IqpgKebNJhiEkXbdU9FOk5+A2pJfWOrWQrh+u+8V2+oqTAHjyDaYHjhnm4g1g5A%3D%3D&reflink=article_email_share

That was the wait for a unanimous ‘yes’ vote. It’s time to change the rules.

Senate Majority Leader Mitch McConnell speaks in Washington, D.C., Feb. 26. Photo: J. Scott Applewhite/Associated Press
Something remarkable happened to John Ryder on Thursday. He got a vote in the Senate.
Getting confirmed by the Senate for a part-time board position on the Tennessee Valley Authority—a minor corporate agency based in Knoxville that only holds four public sessions a year—didn’t use to be remarkable. It should have been even less so for Mr. Ryder, an accomplished Memphis lawyer whose nomination was uncontroversial. Yet Mr. Ryder waited 388 days for a vote—some 100 days longer than it takes a new human being to come into the world.
Write to kim@wsj.com.
Appeared in the March 1, 2019, print edition.
Posted by BUZZ CREEK at 3/04/2019 10:56:00 AM