Chris says he will seek health advice and treatment from front line doctors - not some virologist who reads reports from frontline researchers ....

I’m an hour in and had to forward, its long but gives a lot of perspective on what or who really calls the shots. 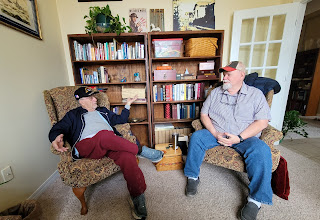 Amazing last minute Sting? or not.

Reload/Refresh for updated and new links daily.
Last Edit Jan 13.
................ current POLITICS DEVELOPING STORIES  current ALT NEWS Recent (good recent straight news - on youtube channel)   The race for president is OVER. Hopes of a miracle were extended for weeks - by both legitimate speculation and by legal efforts and by very suspect fringe conspiracies. The weight of opposition was overwhelming.   The LEFT has taken the government for now. Opposition needs to be smart about strategies and tactics to win the 2022 mid-terms now.
( Following are some ALT News that are straightforward or Conservative commentary.)
Bannons War Room  The Sound of Hope   FRONT PAGE - Scott Goulet   Black Conservative Patriot
J.Phillips-Crossroads (Epoch TIMES) Dan Bongino TIM Pool (libertarian)
Rubin Report (popular gay conservative)
Local Blue Collar Voice (Tom Nichols FB)
I deliberately selected for some excellent sources that are also NOT a homogenous demographic.
Here is what CONGRESS was given on the JAN 6 critical day. ... Seems it did not matter. Download it.
This is from from Jovan Hutton Pulitzer ....  He is one of perhaps three key people to follow as vote dynamics are examined.
FRINGE SOURCES THAT BEAR MUCH CAUTION
The following are fringe. Q Conspiracy.  Gold Standard. Monarchy solutions. Fruitcake novel grist.  Mass media is rife with muted, spun and censored facts. But social media is full of fakes, conspiracies and lost souls. Finding good news sources, Not Big Medis is important. Some starting points are: Epoch Times (online), Sound of Hope News, and I will add more.
JAN 10 ... Insider Brief... dirt
JAN 11 ... Announcement. Arrests
JAN 11... INSIDER brief 2
JAN12 ... GROUP insiders Q
(consider these, above) entertainment or a subversive attempt to add crazy to ALL Trump supporers. Vote Challengers.)
This one Fresh.. about JAN 10. (is borderline edge of earth like above. Posted here 1/13)
ENJOY all links here. The news is rolling fast. Presented as factual, but we have seen so much fake and conspiracy stuff, even with some confirmed source integrity .. this bears cautionary validity. (The Simon Parks "q" and "Kennedy" references (above) throw up a line of red flags).
Briefly ---  Antifa (and BLM, now confirmed) infiltrated MAGA Rally. But also Special Forces infiltrated Antifa at the capital. Things taken from Antifa and Congress included office items like cell phones and  computers --- with incriminating connections (it seems) ..  The Trump "rambling speech in the cold allowed a wear down of the crowd that mostly left -- leaving fewer to "take bait of Antifa" and break into the Capitol...  (and how much of this is true?]
Big Names may connect to treason??  Pence was given every opportunity to avoid his going down too but did not take it. This was the many Trump warnings in his speech (do the right thing).  Pence and Trump met on 11th to review a path forward.  So finding reason can still happen.
A multi level - multi national - multi layered STING OPERATION??...   And apparently, it had to happen this way?? to get all the players to expose themselves.  Is this stuff true?  As noted - even valid sounding connections anymore are suspect.  Take these as Some POSSIBILITY of all the events these past months - years.
SO --- BEWARE OF THE MEMES
AND VIDEOS that BRING (astounding) REVELATIONS!
FALSE FLAG EVENTS are in works by Opposition to entice naive people to events where violence will help to invoke the repeal of 2nd amendment.  Be sensible. DO NOT take bait.  The left is allowed violence all day long. One violent act pinned on a conservative can destroy a good and peaceful movement. 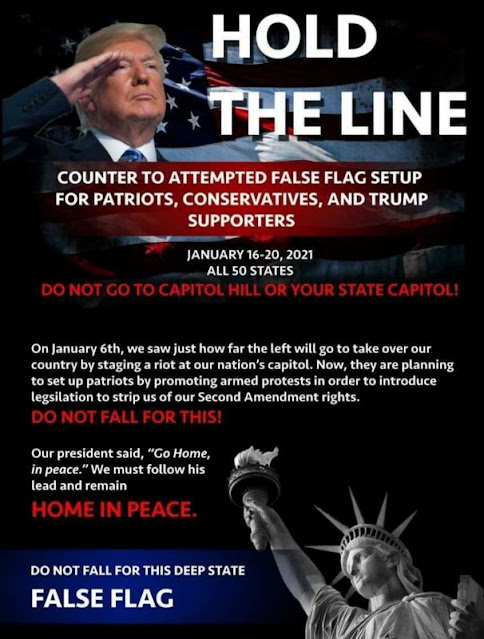 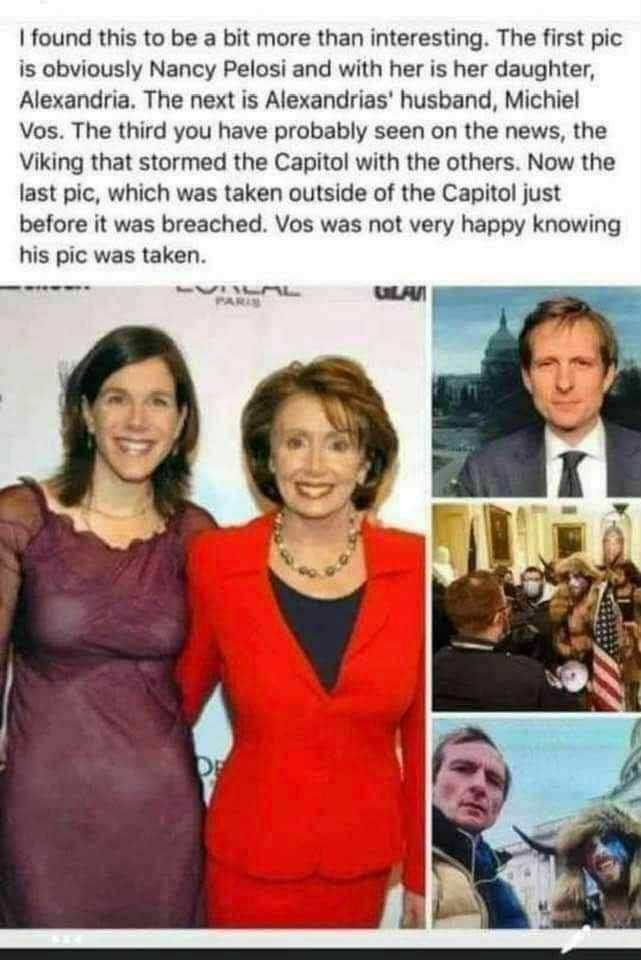 A POST in Safe-Chat (an encrypted chat site for twitter rfeugees)
Letter from county chair NEV County GOP
Recent Linn Wood Interview Analized (Isaac Kappy- Eppstein) (Sean Atwood - True Crime Channel )
This, since notified as FAKE
Notes from early viewers of this information
"Encouraging. I heard an interview with him 3 or 4 weeks ago on Mark Levin aboit euscom invading the Frankfurt servers. Hes not a b.s. artist so I was encouraged then as well.  They are scrambling to impeach."
"I sent this to my friend in Ohio & he said he was a a zoom call with this man yesterday & he said arrests are coming— I hope so"
GIULIANI INPUT
https://rumble.com/vcjtsq-ep-641-it-will-be-a-marathon-w-fogcitymidge-jack-maxey-raheem-kassam-rudy-g.html
CHINA FIELD DAY FOR CCP
https://rumble.com/vcjtsq-ep-641-it-will-be-a-marathon-w-fogcitymidge-jack-maxey-raheem-kassam-rudy-g.html
Antifa at DC
Posted by BUZZ CREEK at 1/09/2021 04:46:00 PM No comments: 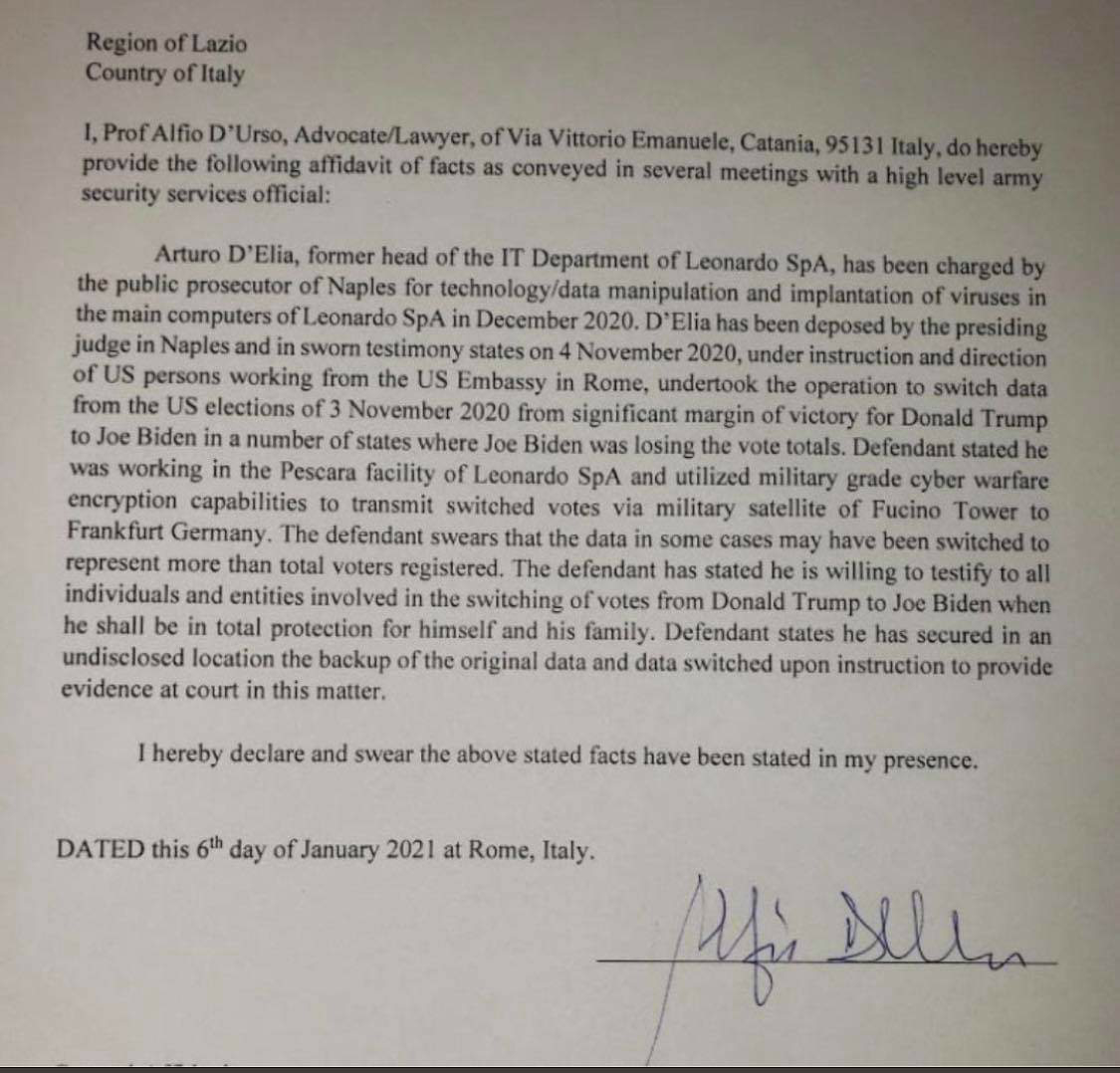 A millenial fact xhecker says
this is a fake news website and the underlying claim can only be found on blogs and right-wing forums. Stop falling for nonsense and embarrassing yourself.