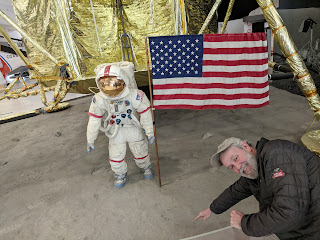 Woke? Please, Go Back to Sleep!https://townhall.com/columnists/willalexander/2019/03/11/woke-please-go-back-to-sleep-n2542928?utm_source=thdaily&utm_medium=email&utm_campaign=nl&newsletterad=03/12/2019&bcid=3cb4e56ddeac8885c78e874bb1d8f1a4&recip=27077809What Starts in South Carolina…https://townhall.com/columnists/lathanwatts/2019/03/11/what-starts-in-south-carolina-n2542930?utm_source=thdaily&utm_medium=email&utm_campaign=nl&newsletterad=03/12/2019&bcid=3cb4e56ddeac8885c78e874bb1d8f1a4&recip=27077809GENERAL INTERESTWhy Is The 2JZ Engine So Strong? This Breakdown Shows Whyhttps://www.msn.com/en-us/autos/enthusiasts/why-is-the-2jz-engine-so-strong-this-breakdown-shows-why/ar-BBUFmuU?ocid=spartanntpThe News in Zingers http://www.jewishworldreview.com/0319/hamilton.php3HEALTH CAREThe 293 hospitals with 5 stars from CMS (congrats MO/GO on BSW/RR inclusion ...)https://www.beckershospitalreview.com/rankings-and-ratings/the-293-hospitals-with-5-stars-from-cms.htmlTreated Like a ‘Piece of Meat’: Female Veterans Endure Harassment at the V.A.https://www.nytimes.com/2019/03/12/us/politics/women-veterans-harassment.html?emc=edit_ne_20190312&nl=evening-briefing&nlid=5893540820190312&te=1FINANCIALIf This (Horror) Story Of Government Spending Doesn't Change You, Nothing Willhttps://finance.townhall.com/columnists/johntamny/2019/03/08/if-this-horror-story-of-government-spending-doesnt-change-you-nothing-will-n2542838?utm_source=thdaily&utm_medium=email&utm_campaign=nl&newsletterad=03/12/2019&bcid=3cb4e56ddeac8885c78e874bb1d8f1a4&recip=27077809AVIATIONTwo-Thirds of the 737 Max 8 Jets in the World Have Been Pulled From the Skieshttps://www.nytimes.com/2019/03/12/business/boeing-737-grounding-faa.htmlBoeing jet is forced to turn around MID-AIR after Britain bans 737 MAX planes following Ethiopia disaster, as rest of Europe and India follows suithttps://www.dailymail.co.uk/news/article-6798473/Pressure-mounts-Boeing-countries-airlines-ground-Max-737-8-fleets.htmlFormer NTSB boss won’t fly on Boeing jet until Ethiopian crash mystery is solvedhttps://nypost.com/2019/03/12/former-ntsb-boss-wont-fly-on-boeing-jet-until-crash-mystery-is-solved/?utm_campaign=iosapp&utm_source=mail_appSPORTSLosing a Hometown Herohttps://townhall.com/columnists/salenazito/2019/03/12/losing-a-hometown-hero-n2542955?utm_source=thdaily&utm_medium=email&utm_campaign=nl&newsletterad=03/12/2019&bcid=3cb4e56ddeac8885c78e874bb1d8f1a4&recip=27077809ECOLOGYExtremely Rare Leopard Cubs Born in Connecticut Zoohttps://www.ecowatch.com/rare-leopard-connecticut-zoo-2631306952.htmlThe mesmerizing desert plant that can 'come back from the dead'! https://www.dailymail.co.uk/sciencetech/article-6795805/The-mesmerising-desert-plant-come-dead.htmlSea creatures fled north in record numbers when the warm waters of El Niño and 'The Blob' joined forces and triggered a marine heatwave lasting TWO YEARShttps://www.dailymail.co.uk/sciencetech/article-6798809/Record-numbers-sea-creatures-fled-north-marine-heatwave.htmlThe last images of the 'Queen of Elephants': Photos capture a rare 'big tusker' - a type that now numbers less than 20 worldwidehttps://www.dailymail.co.uk/travel/travel_news/article-6786179/The-images-Queen-Elephants-Stunning-photos-capture-incredibly-rare-big-tusker.htmlENERGYRenewable Energy's Inconvenient Truthshttps://patriotpost.us/articles/61663?mailing_id=4126&utm_medium=email&utm_source=pp.email.4126&utm_campaign=snapshot&utm_content=bodyNATIONAL SECURITYNuclear Conflict and Political Scandal Eclipse Climate Change as Existential Threathttps://townhall.com/columnists/vijayjayaraj/2019/03/12/nuclear-conflict-and-political-scandal-eclipse-climate-change-as-existential-thre-n2542957?utm_source=thdaily&utm_medium=email&utm_campaign=nl&newsletterad=03/12/2019&bcid=3cb4e56ddeac8885c78e874bb1d8f1a4&recip=27077809DEFENSEAmerica gets its ‘ass handed to it’ in WW3 simulations: U.S. forces are defeated by Russia and China in almost all scenarios, analysts warn
https://breakingdefense.com/2019/03/us-gets-its-ass-handed-to-it-in-wargames-heres-a-24-billion-fix/Navy, Industry Partners Are ‘Under Cyber Siege’ by Chinese Hackers, Review AssertsSee the Wall Street Journal article, below.Here Come the Robot Submarines: Meet Boeing's 4 Huge Robotic Subshttps://nationalinterest.org/blog/buzz/here-come-robot-submarines-meet-boeings-4-huge-robotic-subs-46732BIG BROTHERMysterious Chinese database lists ‘breedready’ status of 1.8 million womenhttps://www.yahoo.com/news/mysterious-chinese-database-lists-breedready-status-1-8-million-women-201745853.html?.tsrc=fauxdalMark Zuckerberg wants to build a 'brain-computer interface' that can read your THOUGHTS, report claimshttps://www.dailymail.co.uk/sciencetech/article-6796861/Mark-Zuckerberg-wants-build-brain-computer-interface-read-THOUGHTS.htmlIMMIGRATIONAdministration Plans to Close Immigration Offices Abroadhttp://www.newser.com/story/272475/administration-plans-to-close-immigration-offices-abroad.html?utm_source=part&utm_medium=att&utm_campaign=rss_politics_synSCOTUSDemocrats Are Trying to Get Revenge on Mitch McConnell With This SCOTUS Proposalhttps://townhall.com/tipsheet/cortneyobrien/2019/03/12/eric-holder-suggests-dems-propose-expanding-the-supreme-court-n2542975?utm_source=thdailypm&utm_medium=email&utm_campaign=nl_pm&newsletterad=&bcid=3cb4e56ddeac8885c78e874bb1d8f1a4&recip=27077809TRUMPGATENew York Attorney General Opens Investigation of Trump Projectshttps://www.nytimes.com/2019/03/11/nyregion/deutsche-bank-trump.html?emc=edit_NN_p_20190312&nl=morning-briefing&nlid=58935408ion%3DwhatElse&section=whatElse&te=1Dems flock to Pelosi on Trump impeachmenthttps://thehill.com/homenews/house/433767-dems-flock-to-pelosi-on-trump-impeachmentPOLITICSPence, GOP senators discuss offer to kill Trump emergency disapproval resolutionhttps://thehill.com/homenews/senate/433750-pence-floats-offer-to-kill-trump-emergency-disapproval-resolution?userid=288549Biden to run for White House, says Dem lawmakerhttps://thehill.com/homenews/campaign/433659-exclusive-biden-to-run-for-white-house-says-dem-lawmaker?userid=288549
FROM THE WALL STREET JOURNAL (WITHOUT PERMISSION) full stories at linkshttps://www.wsj.com/articles/navy-industry-partners-are-under-cyber-siege-review-asserts-11552415553?emailToken=ba34c5500644b013edb4f5f7f33eb753roVOq/MuYNidxX/fE8DtQ6lKoyTj5hD67nphzbkV6FyK0Eo2Zbg0TRrikJ8+g+KQ0MmO4ObSY5n+B9jhebo/rMo0JorJvXltnMeSGVPKXx4CzE0xrTG8A0XWanoMKwyk&reflink=article_email_share

Navy Secretary Richard V. Spencer testified before the Senate Committee on Armed Services last week. Photo: Ron Sachs/CNP/Zuma Press
234 Comments
By
Gordon Lubold and
Dustin Volz
March 12, 2019 2:32 p.m. ET
WASHINGTON—The Navy and its industry partners are “under cyber siege” by Chinese hackers and others who have stolen tranches of national security secrets in recent years, exploiting critical weaknesses that threaten the U.S.’s standing as the world’s top military power, an internal Navy review has concluded.
The assessment, delivered to Navy Secretary Richard Spencer last week and reviewed by The Wall Street Journal, depicts a branch of the armed forces under relentless cyberattack by foreign adversaries and struggling in its response to the scale and sophistication of the problem.

The national security implications of China’s cybertheft of advanced research from Navy contractors and universities are considered so severe that the issue has been mentioned in the presidential daily brief on multiple occasions, according to a person familiar with the matter. Some subcontractors have been breached by the same Chinese hacking group several times within the same year, despite warnings from investigators, the person said.
The Trump administration has sought in recent months to hold Beijing responsible for what officials have described as a relentless onslaught of intrusions into U.S. corporate and government networks. Chinese hackers stand accused of stealing hundreds of billions of dollars annually in intellectual property from U.S. businesses, and the Justice Department in recent months has announced a series of charges that have blamed Beijing for a variety of wide-ranging cyberattacks.
Write to Gordon Lubold at Gordon.Lubold@wsj.com and Dustin Volz at dustin.volz@wsj.com
Appeared in the March 13, 2019, print edition as 'Chinese Hackers Attack U.S. Navy, Report Says.'