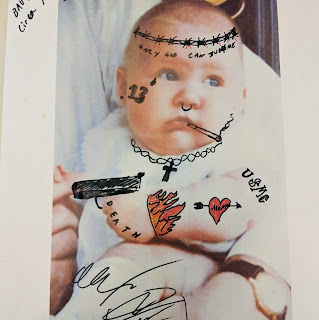 GENERAL INTEREST
The surprisingly radical politics of Dr Seus
http://www.bbc.com/culture/story/20190301-the-surprisingly-radical-politics-of-dr-seuss
Fed up Paris locals look to BAN Instagrammers who flood their cobbled street to take 'perfect' social media photos
https://www.dailymail.co.uk/news/article-6786223/Fed-Paris-locals-look-BAN-Instagrammers-flood-cobbled-street.html
Nazi diary 'that reveals ELEVEN secret treasure hauls hidden across Poland - including 28 tonnes of gold and stolen art' - is unveiled by German Freemasons' lodge
https://www.dailymail.co.uk/news/article-6786621/Nazi-diary-reveals-ELEVEN-secret-treasure-hauls-hidden-Poland-unveiled.html
Over or under? Toilet roll debate finally settled thanks to 128 year-old manual
https://www.msn.com/en-us/lifestyle/smart-living/over-or-under-toilet-roll-debate-finally-settled-thanks-to-128-year-old-manual/ar-BBUtDw6?ocid=spartanntp
HEALTH
Beer is now being sold as a ‘wellness’ product
https://www.marketwatch.com/story/beer-is-now-being-sold-as-a-wellness-product-2019-03-07
Eight surprising facts about getting old in America
https://nypost.com/2019/03/09/eight-surprising-facts-about-getting-old-in-america/?utm_campaign=iosapp&utm_source=mail_app
EDUCATION
It Pays to Be A Wyoming Cowboy
See the first Wall Street Journal article, below.
The College ‘Grass-Roots’ Organizations That Aren’t
See the second Wall Street Journal article, below.
BUSINESS
Facebook built a 'panic chute' escape tunnel for Mark Zuckerberg in case of emergencies and spends $10 MILLION each year on personal security to protect the CEO from bomb threats, stalkers and angry employees
https://www.dailymail.co.uk/sciencetech/article-6788003/Facebook-spends-10-MILLION-year-Mark-Zuckerbergs-personal-security-report-claims.html
ENERGY
Shocking footage reveals some of the 370 CRACKS in a Scottish nuclear power plant reactor that EDF Energy wants to bring back to life
https://www.dailymail.co.uk/sciencetech/article-6786017/Footage-reveals-cracks-nuclear-reactor.html
TECHNOLOGY
Microsoft’s secret test labs revealed: From labs that stick needles in players' hands to measure their muscles to the ‘mini factory’ it uses to build prototypes
https://www.dailymail.co.uk/sciencetech/article-6787389/Microsofts-secret-test-labs-revealed.html
LAW AND ORDER
A Child's Face Said 'Help,' So a Kentucky Waitress Did
http://www.newser.com/story/272264/a-childs-face-said-help-so-a-kentucky-waitress-did.html?utm_source=part&utm_medium=att&utm_campaign=rss_crime_syn
IMMIGRATION
Judge calls Trump administration push for citizenship question on census forms arbitrary, capricious and a threat to democracy
https://www.marketwatch.com/story/judge-calls-trump-administration-push-for-citizenship-question-on-census-forms-arbitrary-capricious-and-a-threat-to-democracy-2019-03-09
NKOR
Activity at a SECOND North Korean missile site could mean the country is preparing for a potential launch following failed talks between Trump and Kim Jong-Un
OMAR
Ilhan Omar: Obama’s a ‘pretty face’ who got ‘away with murder’
https://nypost.com/2019/03/08/ilhan-omar-obamas-a-pretty-face-who-got-away-with-murder/?utm_campaign=iosapp&utm_source=mail_app
No Need for Thanks
https://www.city-journal.org/ilhan-omar-immigration
TRUMPGATE
Impeachment may lead Democrats off the cliff
https://nypost.com/2019/03/08/impeachment-may-lead-democrats-off-the-cliff/?utm_campaign=iosapp&utm_source=mail_app
https://www.dailymail.co.uk/news/article-6788859/Activity-discovered-second-North-Korean-missile-site.html
POLITICS
Pelosi: Texas ‘Ground Zero’ in 2020—Will Change World When It Turns Blue
https://www.breitbart.com/politics/2019/03/07/pelosi-texas-ground-zero-in-2020-will-change-world-when-it-turns-blue/
Warren struggles to gain traction amid Sanders surge
https://thehill.com/homenews/campaign/433332-warren-struggles-to-gain-traction-amid-sanders-surge
The Collapse of the Center-Left
https://www.nationalreview.com/2019/03/ilhan-omar-democratic-party-excuses-victimhood-politics/?utm_source=Sailthru&utm_medium=email&utm_campaign=NR%20Daily%20Saturday%202019-03-09&utm_term=NRDaily-Smart

FROM THE WALL STREET JOURNAL (without permission)  SEE LINKS FOR FULL STORY
https://www.wsj.com/articles/it-pays-to-be-a-wyoming-cowboy-11552087148?emailToken=2af069cfcabb5a6c2f2f72820c73d53eKe3x/lFpYZ5BWq7SIK3Pv1VC+KLKuDcfQrDD7zTNjraWNqi0fMoiUY9RKRiT5RO3tromAM7zX+bdzh2hTNlxpg%3D%3D&reflink=article_email_share


It Pays to Be A Wyoming Cowboy

Here’s what happens when a university ignores identity scolds.


The College ‘Grass-Roots’ Organizations That Aren’t

Groups pretending to be student-led movements are often political operations with billionaire backers.

Anti-Trump billionaire Tom Steyer in Charleston, S.C., Dec. 4, 2018. Photo: Sean Rayford/Getty Images
If college students are politically conscious and impressionable, they might find themselves pawns of national political nonprofits masquerading as student groups. Such outfits, on both left and right, are expanding rapidly on campuses and recruiting students to advocate for their ideological agendas.

At Dartmouth, where I am a student,
These groups are well-organized, well-funded political operations, not grass-roots gatherings or student-led movements. There’s nothing necessarily wrong or unethical about them, but they often convey a deliberately false image of themselves as bottom-up movements when in fact they are top-down, highly purposive national organizations. Students approached by their recruiters—or handed “educational” material by their activists—should ask about their sponsors and objectives.
Mr. Bring studies history and economics at Dartmouth College.
Posted by BUZZ CREEK at 3/17/2019 09:47:00 AM