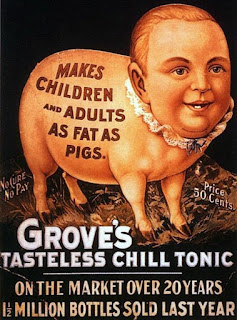 GENERAL INTERESTThe Secret History of Women in Codinghttps://www.nytimes.com/2019/02/13/magazine/women-coding-computer-programming.htmlThe Truth About Failing SpectacularlySee the Wall Street Journal article, below.1927 Packard Found in Abandoned Philadelphia Factory Sitting for Over 40 Yearshttps://www.youtube.com/watch?v=g0mJ9N8tYdIFuture Megaprojects - Tunnel | Russia and Alaska (Extreme Engineering) Documentaryhttps://www.youtube.com/watch?v=-mkLkakif9wHEALTHToasters may expose you to more pollution than a busy intersectionhttps://nypost.com/2019/02/16/toasters-may-expose-you-to-more-pollution-than-a-busy-intersection/?utm_campaign=iosapp&utm_source=mail_appBUSINESSFact-check: Does Amazon pay '$0' in taxes?https://www.yahoo.com/news/fact-check-does-amazon-pay-no-us-federal-231838691.htmlENVIRONMENTA Wendell Berry Solution to Cory Booker’s Problem https://www.nationalreview.com/2019/02/family-farms-save-americas-land-water-communities/?utm_source=Sailthru&utm_medium=email&utm_campaign=WIR%20-%20Sunday%202019-02-17&utm_term=WIR-SmartSMOLLETTJussie Smollett reportedly insisted on TV appearance after attackhttps://pagesix.com/2019/02/17/jussie-smollett-reportedly-insisted-on-tv-appearance-after-attack/?utm_campaign=iosapp&utm_source=mail_appIMMIGRATIONWith Trump’s Tough Deterrents, Many Asylum Seekers on the Border are Giving Uphttps://www.nytimes.com/2019/02/16/us/border-migrants-asylum-mexico-aclu.html?action=click&module=Top%20Stories&pgtype=HomepageReport: Mexican Authorities Relocate Caravan Riders Staying Near The U.S. Borderhttps://townhall.com/tipsheet/bethbaumann/2019/02/16/report-mexican-authorities-relocate-caravan-riders-staying-near-the-us-border-n2541604?utm_source=thdaily&utm_medium=email&utm_campaign=nl&newsletterad=02/17/2019&bcid=3cb4e56ddeac8885c78e874bb1d8f1a4&recip=27077809THE WALLTrump’s Emergency Declaration Is Contemptuous of the Rule of Lawhttps://www.nationalreview.com/2019/02/trump-emergency-declaration-contemptuous-of-rule-of-law/?utm_source=Sailthru&utm_medium=email&utm_campaign=WIR%20-%20Sunday%202019-02-17&utm_term=WIR-Smart'This crisis is real and a potential threat to every American': Alaska governor offers Trump use of his National Guard to patrol US-Mexico border 3,000 miles awayhttps://www.dailymail.co.uk/news/article-6714235/Alaska-governor-Mike-Dunleavy-offers-Trump-use-troops-3-000-miles-away-Mexico-border.html
FROM THE WALL STREET JOURNAL (without permission)  See links for full storieshttps://www.wsj.com/articles/the-truth-about-failing-spectacularly-11550293225?emailToken=0d179d8af2395276228059aa6334032d3BOaD1CQnxTVjbFuQwucLYwEte7Ed8MziJNrCY+np1UG+7ZcLqgKdXkODNPIpp3/1qXU1J/n6FE6Q3qQ4vyPkNkxYshWDVuDw0KefiLbQRs%3D&reflink=article_email_share


The Truth About Failing Spectacularly

Did a lack of experience sink the MS Explorer—and the Los Angeles Rams?

The ship’s 154 passengers and crew had every reason to feel secure. With its class-1A ice-reinforced hull, bow thrusters and brawny diesel engines, the Explorer had been safely ferrying tourists through extreme polar environments since 1969. It was the first cruise ship ever to navigate the Northwest Passage.
What they couldn’t have imagined is that 12 days later, on a remote stretch of the Southern Ocean, they would feel a jolt, followed by the sickening sound of rushing water. Or that four hours later, in the frigid dead of night, with the ship listing at 20 degrees, the captain would order every last person into the lifeboats.