The Left’s Idea of Generosity
See the second Wall Street Journal article, below.

PARENTING
Parents: stop controlling your kids’ lives and let them find their own way
https://www.marketwatch.com/story/parents-stop-controlling-your-kids-lives-and-let-them-find-their-own-way-2019-02-04

HUMOR
The News in Zingers
http://jewishworldreview.com/0219/hamilton.php3

ENVIRONMENT
Did Nestlé Use the Shutdown for Good PR?
https://www.ecowatch.com/nestle-government-shutdown-plastics-2627731166.html

The new plastic threat to marine life: Glue-like substances secreted by ocean bacteria are sticking tiny pollution particles together in clumps that can be confused for FOOD by fish
https://www.dailymail.co.uk/sciencetech/article-6665017/Bacteria-secretions-causing-plastics-stick-large-clumps-sea.html

ARCHAEOLOGY
‘Golden cannonball’ rock is opened to find a rare 185-million-year-old fossil of an ancient sea creature hidden inside
https://www.dailymail.co.uk/sciencetech/article-6665169/Fossil-hunter-opens-golden-cannonball-reveal-rare-fossil.html

His first mistake was robbing a bank, police say --- his second was allegedly fleeing on an electric scooter
http://www.jewishworldreview.com/0219/scooter_bandit.php3

-- "You must never confuse faith that you will prevail in the end – which you can never afford to Lose – with the discipline to confront the most brutal facts of your current reality, whatever they might be." - VAdm James Stockdale, USN (1923-2005) FROM THE WALL STREET JOURNAL (without permission) 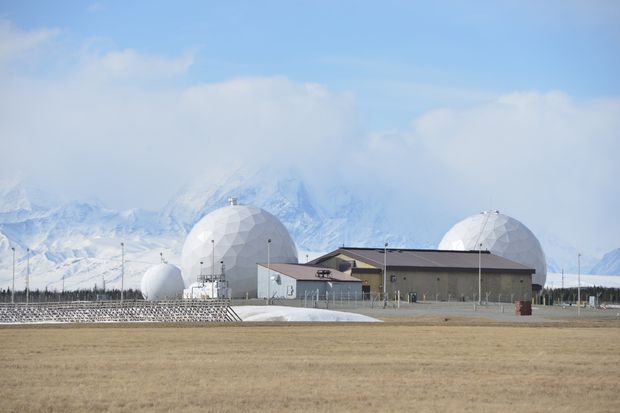 There is nothing inevitable about the U.S. winning wars, and on that point the Pentagon’s new missile defense review is alarming. Russia and China are ramping up investments in sophisticated technologies while America is spending less on defending itself. One urgent priority: A constellation of space sensors that could shore up U.S. missile defenses.

More than 20 nations have offensive missile technology, the Defense Department notes in its review released last month. China can already threaten the U.S. with some 125 nuclear missiles. Iran’s medium-range missiles threaten Israel and Europe, and the report notes that Iran “has transferred missile systems to terrorist organizations,” which use them on U.S. allies. Russia is violating the 1987 INF nuclear-missile treaty.

China has been increasing its medium- and intermediate-range missile stocks. “This includes sophisticated anti-ship missiles that pose a direct threat to U.S. aircraft carriers,” the report says. The U.S. has dominated the seas for decades with aircraft carriers, yet Chinese missiles could keep carrier strike groups from operating in the Western Pacific.

Another threat are hypersonic missiles in development by China and Russia, and the Pentagon notes that Russian leaders claim to have such a hypersonic glide vehicle. These missiles fly rapidly at lower altitudes and are more maneuverable, which would help them elude U.S. missile defenses.

The U.S. currently employs satellites that can track a fraction of a missile’s trajectory, and as Todd Harrison of the Center for Strategic and International Studies puts it: “If you can’t see it, you can’t shoot it.” A network of sensors in space could track the entire life of the missile and thus allow for more precise targeting from interceptors.

Yet this good idea has been trapped for years in the wet cement known as U.S. bureaucracy. The Obama Administration’s missile defense review in 2010 said space sensors would “greatly reduce the need for terrestrial sensors and the size of deployable missile defense systems,” while calling the project a “long-term effort.” Congress last year appropriated $120 million for space missile defense systems, a down payment the Pentagon shouldn’t waste on procurement or administrative bloat.

President Trump said at the review’s rollout that his fiscal 2020 budget will include money for the sensor layer, calling it “a very, very big part of our defense and obviously, of our offense.” But House Democrats want to cut defense spending and plow the money into infrastructure or green energy. The left will say the Pentagon needs better spending priorities, but the crucial political trade-off isn’t between more missiles or more ships, but between more spending on defense or more on the social programs and entitlements that have relentlessly been squeezing defense.

Meantime, you can bet that adversaries will continue to exploit America’s lack of political will as an opportunity to catch up on every technology from missiles to jet fighters. A better missile defense system is not a project you want to be finishing after the country needs protection.

The Left’s Idea of Generosity

Progressives across the West are eager to spend other people’s money on moral vanity projects. 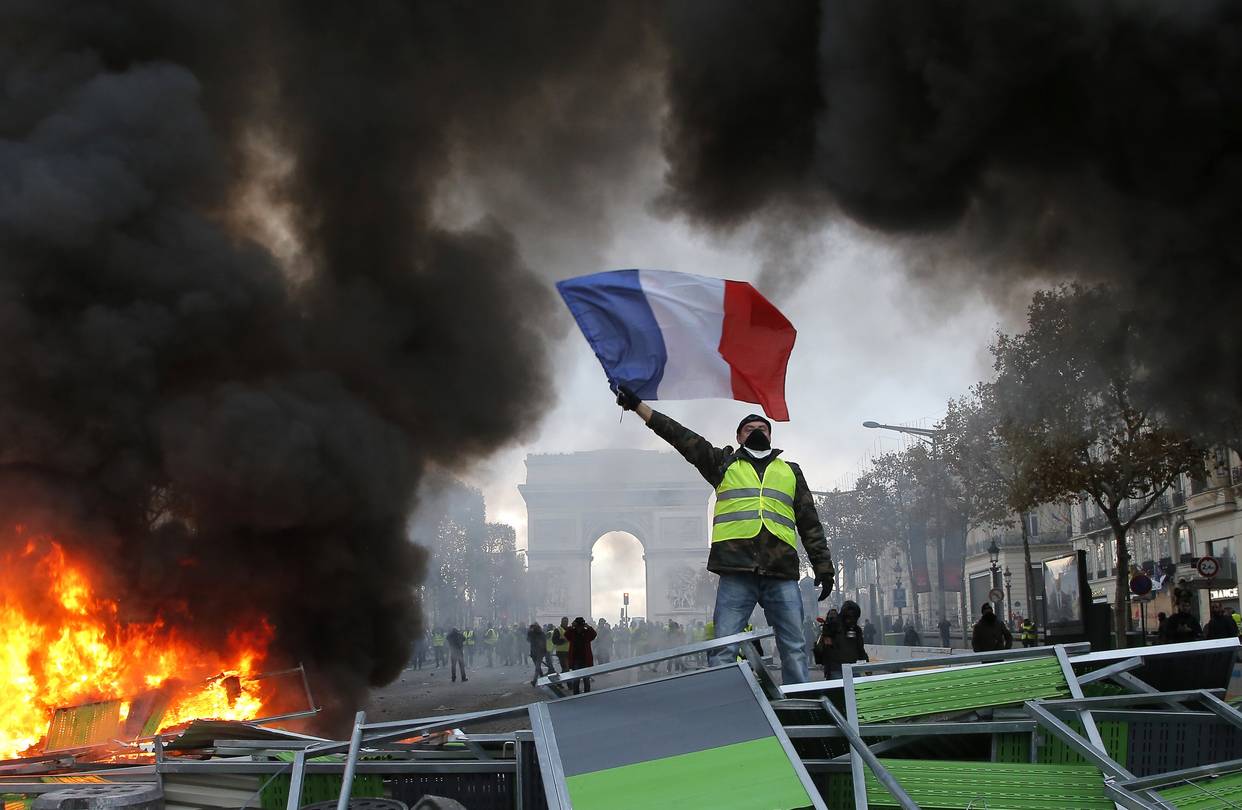 Studies consistently show that Republicans give more than Democrats to private charities. But as any liberal will happily tell you, that doesn’t capture the whole picture. The left, they say, is far more generous than the right. It’s just that they don’t express their concern for the disadvantaged via charitable giving. Rather, they raise taxes and spread the wealth via big government.

There’s only one problem: The disadvantaged don’t always want that kind of help. For proof, consider the recent “yellow vest” protests in France. President Emmanuel Macron’s unpopular gas-tax increase—aimed at stopping climate change—will only negligibly reduce global greenhouse emissions. What it will do is empty rural workers’ pocketbooks. Compared with their urban political leaders, the rural French must travel great distances for work without ready access to public transit. Higher taxes take a real bite out of their paychecks. And all so that France’s political leaders can appear virtuous, while accomplishing nothing.

Liberals in the U.S. have also pursued radical environmental agendas that burden average Americans. Higher energy and housing costs—the byproducts of liberal environmental and restrictive building regulations—are an inconvenience for the wealthy, but threaten the American dream for everyone else.

Energy-intensive manufacturing jobs, which traditionally have offered good salaries and benefits, are at risk from overseas competitors with a less hostile political environment, like China. Zoning restrictions, impact fees, land-use restrictions and other policies have reduced the availability of affordable single-family housing near urban centers in California and elsewhere, diminishing the opportunities for young families to take higher-paying jobs in these growing cities. Even as liberals decry income inequality, their policies make it increasingly difficult for younger and less skilled workers to move to areas with more economic opportunity or to get well-paid jobs that don’t require advanced degrees.

While progressives tout government spending and public programs as the solution for the working family’s ills, the taxation and regulation their agenda requires actually creates an ossified market with larger companies, less innovation and slower growth. In a vicious circle, an ever larger and more powerful government facilitates crony capitalism, whereby political insiders use their influence to benefit favored companies and industries, which in turn support the political establishment. The result? Americans lower down the economic ladder can’t move up.

At the same time, liberals are happy to dismiss or insult the ideas and traditions many Americans in the middle of the country hold dear. It’s not progressive to live by traditional religious values, drive a truck or shoot guns. And in the name of a better future, liberals work to take those things away from the rest of us. It’s not enough that they believe in their ideals. They must force bakers in Colorado to violate their consciences or shell out massive legal fees. Like a child giving up lima beans for Lent or confessing another’s sins, progressives are happy to renounce the practices they never valued and to demonstrate their virtue by taking those things from people who cherish them.

Yet liberal elites in America and Europe seem shocked by the growing backlash against their environmental, immigration and trade policies. They only see the upsides of globalization, with more-efficient supply chains, a rising middle class across many formerly impoverished nations, and a larger market for their advanced products and services. They ignore the tangible and near-term dislocations suffered by families and entire communities. Politicians should ensure that international trade isn’t a zero-sum game that disproportionately burdens the very working people they claim to champion.

Unfortunately, American liberals are too busy congratulating themselves for society’s increasingly rapid cultural progress—while bemoaning the work still to be done—to do the real work of helping poor and working people rise. It is almost inconceivable to them how backward and oppressive the West was just a few years ago. The thought of it consumes them, propelling them to spend their energies defending those who burn the flag, kneel during the national anthem, protest against the police, and engage in other unpopular expressions in the name of liberty and tolerance.

As important, they are also quick to sacrifice the rights of evangelical Christians, libertarians, supporters of Israel, and others for the same goal. The standards continue to shift leftward, with yesterday’s victories and compromises transformed into today’s outrages, thus ensuring that each generation of liberal warriors is more necessary than the last.

Liberal elites blame Donald Trump and his supporters for resurrecting a tribal, winner-takes-all approach to American politics. But it is their contempt for working people that has fueled this political polarization. Liberals love to preach about their virtue and conservatives’ selfishness, but they would do well to remember that charity begins at home.

Mr. Jindal served as governor of Louisiana, 2008-16, and was a candidate for the 2016 Republican presidential nomination.