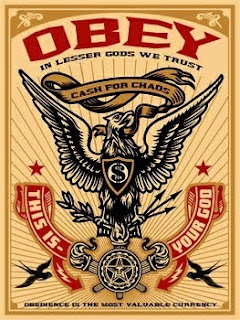 GENERAL INTERESTThe Problem With 'Social Justice'https://townhall.com/columnists/jonahgoldberg/2019/02/06/the-problem-with-social-justice-n2540861?utm_source=thdaily&utm_medium=email&utm_campaign=nl&newsletterad=02/06/2019&bcid=3cb4e56ddeac8885c78e874bb1d8f1a4&recip=27077809Virginia AG Admits He Wore Blackface at College Partyhttps://www.nationalreview.com/news/virginia-ag-admits-he-wore-blackface-at-college-party/A giant, barnacle-covered cross washed up on a Florida beach. No one knows where it came fromhttps://start.att.net/news/read/category/news/article/cnn-a_giant_barnaclecovered_cross_washed_up_on_a_flori-cnn2HEALTHDairy fat: Newfound friend or (still) a foe?http://www.jewishworldreview.com/0219/dairy_fat.php3Sitting in front of the TV for two hours a day raises your risk of bowel cancer by 70%, scientists declare amid sharp rise in cases [The findings, reported in the journal JNCI Cancer Spectrum, state that women who watched more TV were more frequently postmenopausal, smoked more cigarettes, had a higher rate of diabetes, more frequently used aspirin, were less physically active, and had generally poorer diets. ... 'We observed no clear increase in risk for other forms of sitting at home, such as meal time or time spent at a desk,' the authors wrote.]https://www.dailymail.co.uk/health/article-6669889/Watching-TV-BOWEL-CANCER-hour-day-increase-young-peoples-risk.htmlPROGRESSIVES RUNNING AMOKIs Reality Optional?http://jewishworldreview.com/cols/williams020619.php3HUMORGeek or Nerdhttps://biggeekdad.com/2019/01/geek-or-nerd/#.XDoQ3D876Ow.emailThe News in Zingers http://jewishworldreview.com/0219/hamilton.php3TECHNOLOGYRage against the Machines?https://www.nationalreview.com/2019/02/smartphone-bans-social-media-study-issue-before-legislating/FOREIGN POLICYBudget Discipline at the U.N.? Not So Fast https://www.nationalreview.com/2019/02/united-nations-budget-process-reform-needed/DEFENSENavy likely to throw fleet goal overboard https://washingtontimes-dc.newsmemory.com/?token=9dedf0d11d90baaf6d6202ea0b330c4c_5c5b256a_5cd1fdb&selDate=20190206&goTo=A01&artid=0&utm_medium=Email&utm_campaign=washingtontimes-E-Editions&utm_source=washingtontimes&utm_content=Read-ButtonWomen in Combat Units Can Harm CohesionSee the Wall Street Journal article, below.LAW AND ORDERNYPD is accused of trying to shield MS-13 gang member and undocumented immigrant from public scrutiny ahead of the SOTU after he shot dead a man on a subway platformhttps://www.dailymail.co.uk/news/article-6672799/NYPD-accused-trying-shield-murderer-MS-13-gang-member-illegal-immigrant-scrutiny.htmlIMMIGRATIONIt’s Time for Ingrates to Go https://www.nationalreview.com/2019/02/temporary-protected-status-guests-time-to-leave/?utm_source=Sailthru&utm_medium=email&utm_campaign=NR%20Daily%20Monday%20through%20Friday%202019-02-06&utm_term=NRDaily-SmartNKORNorth Korea's nuclear missiles are 'intact' and being shielded at airports, UN panel of experts warnshttps://www.dailymail.co.uk/news/article-6671627/UN-experts-say-North-Korea-shielding-missiles-airports.htmlVENEZUELARussia 'has begun to doubt whether Maduro can cling to power in Venezuela due to the country's disastrous economy and military turning against him'https://www.dailymail.co.uk/news/article-6673019/Venezuelan-forces-BARRICADE-crossing-Colombia-prevent-aid-packages-delivered.htmlThanks, BF ...

Venezuela military barricades bridge in attempt to block aidhttps://www.yahoo.com/news/venezuelan-military-barricades-bridge-bid-block-aid-162209057.htmlSCOTUSTrump has a Supreme Court contingency planhttp://www.jewishworldreview.com/0219/ponnuru010619.php3
FROM THE WALL STREET JOURNAL (without permission)https://www.wsj.com/articles/women-in-combat-units-can-harm-cohesion-11549406110?emailToken=eeddcc595cfc4cc1dcae5a074e7d74e7spA6AxVKO5/IlH/ssGZkRKdi/U8gSm5cBQQjz1MDnolzYsZuTrP1i4vOhQ5JHXyXVOc/udKQGp5uJGDHBHoP783se6D8m/sxWpuomWwzhkc%3D&reflink=article_email_share

Decision-making under hazardous conditions must be objective and not tainted by romantic considerations.

Photo: SeongJoon Cho/Bloomberg
Regarding the letters of Jan. 23 responding to Heather Mac Donald’s “Women Don’t Belong in Combat Units,” op-ed, Jan. 14): Proponents of assigning women to infantry units often seek to simplify the issue: If a woman can pass a certain battery of tests then she is qualified for infantry assignment and should have the opportunity for a career in the infantry if she desires.

Amorous relationships between males and females in infantry units can lead to skewed decision-making and distractions. Sexual competition will occur. Decision-making under hazardous conditions must be objective and not tainted by romantic considerations. The bond between men necessary for self-sacrifice to the point of death cannot be measured by any form of testing but is essential to all combat units. This bond is developed by living and training together in arduous conditions, without privacy. Married military personnel living in close quarters with the opposite sex can cause uneasiness with their spouses, a concern shared by both men and women military members.
In logistics units where women have been present for decades, on average, 20% of the younger female Marines weren’t available for overseas deployment due to pregnancy or a postpartum condition. The training curriculum for an infantry battalion before deployment is an investment not recovered when a woman is transferred due to pregnancy.
The military has always been considered a separate society from all other occupations, as recognized by the Supreme Court. Rather than weighing the decision to integrate women into combat units on individual career opportunities and desires, combat effectiveness, unit cohesion and military necessity must always be the first and foremost factors in considering personnel policy changes.
Col. Alan B. Will, USMC (Ret.)
Suffolk, Va.
Posted by BUZZ CREEK at 2/09/2019 07:34:00 PM