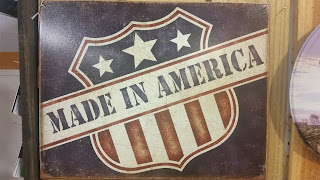 GENERAL INTERESTTexas man enters abandoned home to smoke weed, finds tiger insteadhttps://www.nbcnews.com/news/us-news/texas-man-enters-abandoned-home-smoke-weed-finds-tiger-instead-n970411Moment a UPS driver blocks path of ambulance on emergency call by refusing to move his van - and then threatens to SUE the man who filmed himhttps://www.dailymail.co.uk/news/article-6699413/UPS-driver-blocks-ambulance-delivering-packages.html7 Mashed Potato Mistakes Everyone Makeshttps://start.att.net/player/article/myrecipes-7_mashed_potato_mistakes_everyone_makes-vtime/category/lifestyleHEALTHWoman, 20, is left in a wheelchair for life after getting her nose pierced and suffering a bacterial infectionhttps://www.dailymail.co.uk/news/article-6699721/Woman-20-left-wheelchair-life-getting-nose-pierced-suffering-bacterial-infection.htmlEDUCATIONA Better School?http://www.jewishworldreview.com/0219/stosse021319.php3HUMOR"STATE OF THE UNION" — A Bad Lip Readinghttps://www.youtube.com/watch?time_continue=165&v=066WAeG5muEThe News in Zingers http://www.jewishworldreview.com/0219/hamilton021319.php3thanks, TM ...

Once more, the press manufactures a ‘narrative’ in advance of the facts.

Amazon founder Jeff Bezos speaks in Oxen Hill, Md., Feb. 7. Photo: jim watson/Agence France-Presse/Getty Images
I set out to write a column three weeks ago about what Jeff Bezos’ divorce might mean for Amazon, but was pulled up short by an unanswered question. Was his new girlfriend, Lauren Sanchez, responsible for leaking the text messages and photos that found their way to the National Enquirer? Applying Occam’s razor, it was the likeliest explanation. If so, Mr. Bezos’ judgment about whom to trust might be a legitimate worry for investors. But since I had no evidence on this point and didn’t feel like speculating at Ms. Sanchez’s expense, I dropped the subject.

In the three weeks since, we appear to have part of an answer. The Enquirer again not covering itself in glory—journalists are supposed to protect their sources—leaked that the source was Ms. Sanchez’s brother.
This does not absolve Ms. Sanchez. My siblings see what’s on my phone only if I forward it to them.
But at least a red herring is being dispatched back to the deep. Mr. Bezos and his associates deliberately promoted a Hollywood-sized misdirection, with spies and political conspiracy extending all the way to the White House and Saudi Arabia.
Posted by BUZZ CREEK at 2/14/2019 10:06:00 AM