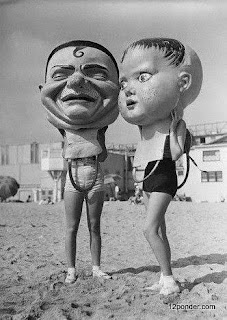 GENERAL INTERESTBike-Friendly Cities Should Be Designed for Everyone, Not Just for Wealthy White Cyclistshttps://www.ecowatch.com/bike-friendly-cities-design-2628379356.htmlWhy does the new falafel emoji look like potatoes? http://www.jewishworldreview.com/0219/falafel_emoji.php3HEALTH10 Nutrition and Health Benefits of Cashew Milkhttps://www.ecowatch.com/health-benefits-of-cashew-milk-2628269805.htmlShould you be taking multivitamins and other dietary supplements? http://www.jewishworldreview.com/0219/multivitamins_need.php3SPORTSAlliance of American Football: Full 2019 schedule, TV channels, live stream, rosters for every team https://www.msn.com/en-gb/sport/nfl/alliance-of-american-football-full-2019-schedule-tv-channels-live-stream-rosters-for-every-team/ar-BBTn4h0BUSINESSThis Thriving City—and Many Others—Could Soon Be Disrupted by RobotsSee the first Wall Street Journal article, below.ENVIRONMENTNew Video Shows Damage Wrought by Trump’s Border Wall https://www.ecowatch.com/trump-border-wall-damage-video-2628369474.htmlCYBERSECURITYMicrosoft cyber security chief urges users to STOP using its own outdated browser Internet Explorer and move to a 'modern' systemhttps://www.dailymail.co.uk/sciencetech/article-6684697/Microsoft-cyber-security-chief-tells-users-stop-using-Internet-Explorer.htmlDEFENSEUS step closer to developing hypersonic missile that travels at five times the speed of soundhttps://www.yahoo.com/news/us-step-closer-developing-hypersonic-215324191.htmlLAW AND ORDER'Muslim Community Patrols' have NYC residents alarmedhttps://www.youtube.com/watch?v=N2qOU94dgj8IMMIGRATIONHere's what happened to the migrant caravan that arrived in Tijuana last yearhttps://www.azcentral.com/story/news/politics/immigration/2019/02/09/immigration-migrant-caravan-tijuana-mexico-us-border-central-america/2747809002/Border Patrol overwhelmed by large groups of migrant familieshttps://www.yahoo.com/news/border-patrol-overwhelmed-large-groups-migrant-families-201344689.htmlMEDIABezos vs. the Enquirer Could Be a WatershedSee the second Wall Street Journal article, below.VIRGINIAA curtain call for the Virginia Minstrels http://www.jewishworldreview.com/cols/pruden020819.php3POLITICSAG Pisses Off Sheila Jackson Leehttps://www.youtube.com/watch?v=bDz4CLOC7eg&feature=youtu.be
FROM THE WALL STREET JOURNAL (without permission) USE LINKS FOR FULL STORYhttps://www.wsj.com/articles/here-are-the-u-s-cities-most-likely-to-be-disrupted-by-robots-11549688401?emailToken=3809d9f3e2127b410a3c67542e9c5ed5ygtfcibhGqUurf4ziDv4CTI4Kkj40mt0W7JnsKln3CXMuBYwP0qdISsdpGILQcvg+iIcixQRMc8QAHBPM0oBxfjy5StcTIvsYaFTE6Wr+en32no6jdBcBSaWSVXzcEyw&reflink=article_email_shareThis Thriving City—and Many Others—Could Soon Be Disrupted by RobotsAutomation might not mean lower employment overall, but it can still take away jobs as it notches gains in productivity87 CommentsBy Christopher MimsFeb. 9, 2019 12:00 a.m. ETRight in the center of Florida is a metro area that’s home to more than 600,000 people, along with some of the most technologically sophisticated distribution centers in the country.In and around the city of Lakeland, you’ll find operations from Amazon, DHL (for Ikea), Walmart , Rooms to Go, Medline and Publix, along with a huge Geico call center, the world’s largest wine-and-spirits distribution warehouse and local factories that produce natural and artificial flavors and, of all things, glitter.Yet a recent report by the Brookings Institution, based on data from the U.S. Census Bureau and McKinsey & Co., argues that the economic good times for Lakeland could rapidly come to an end. Brookings placed it third on its list of metros that are most at risk of losing jobs because of the very same automation and artificial intelligence that make its factories, warehouses and offices so productive.Southern Glazer’s ships out 85,000 to 90,000 cases a day from its highly automated distribution facility in Lakeland.Write to Christopher Mims at christopher.mims@wsj.comAppeared in the February 9, 2019, print edition as 'Where Robots Will Soon Rule.'******************************************************************************https://www.wsj.com/articles/bezos-vs-the-enquirer-could-be-a-watershed-11549667933?emailToken=0e8d251fc28362efbc2c50d6265bbb1bb6lqZnwmO0qgUGqvy/1TTWNGqm/F7CHJWTkOik2howCQ66VcoskniH1NFDGai66YcMjRmhYXeAl7q45/XoXmwLnfVMTTfbDMyYxS5bDqnic%3D&reflink=article_email_share


Bezos vs. the Enquirer Could Be a Watershed

Jeff Bezos at the Access Intelligence's Satellite conference in Washington, D.C. in 2017. Photo: joshua roberts/Reuters
What to make of the battle between Jeff Bezos and the National Enquirer, which we will delight in calling the affair of Bezos, Pecker and de Becker? Under any circumstance, the world’s richest man cheating on his wife with a sexy helicopter pilot, supported by racy texts and photos, would be a story for the National Enquirer. Tasteful Americans may wish it weren’t so, but Mr. Bezos is a public figure in the Supreme Court’s definition. His private life is presumably fair game.

Weird enough was the Bezos-owned Washington Post on Wednesday rolling out a long and seemingly embarrassed story giving vent to Mr. Bezos’ theory that the tabloid’s January hit piece was politically motivated at the behest of Donald Trump or maybe the Saudis. Never mind that the expert hired by Mr. Bezos to investigate the leaking of his private messages apparently came up with nothing except a theory that the pro-Trump brother of Mr. Bezos’ paramour might be involved. (The brother has denied it.)
Appeared in the February 9, 2019, print edition.
Posted by BUZZ CREEK at 2/10/2019 07:51:00 PM