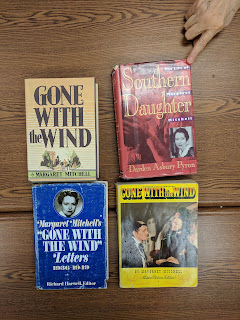 GENERAL INTERESTOn the edge of death: Heart-stopping pictures show daredevils somersaulting on precipices and dangling from cranes without a harnesshttps://www.dailymail.co.uk/travel/travel_news/article-6889883/Heart-stopping-pictures-daredevils-somersaulting-precipices-dangling-cranes.htmlFireball Streaks Across Southern Sky From Florida to Virginiahttps://weather.com/news/trending/video/fireball-streaks-across-southern-sky-from-florida-to-virginia?pl=pl-the-latestNews Quiz: Test Your Knowledge of the Week???s Headlines (7 out of 11)https://www.nytimes.com/interactive/2019/04/05/briefing/05weeklynewsquiz.html?emc=edit_NN_p_20190405&nl=morning-briefing&nlid=58935408ion%3DwhatElse&section=whatElse&te=1Brexit, 293AD: Immaculate gold coin worth 100k emblazoned with face of rebel Roman who took Britain out of Empire is discovered by an amateur metal detectoristhttps://www.dailymail.co.uk/sciencetech/article-6890247/Immaculate-coin-worth-100-000-discovered-amateur-metal-detectorist-Kent.htmlthanks, BF ...

FOREIGN POLICYUS revokes visa of International Criminal Court chief prosecutorhttps://www.cnn.com/2019/04/05/politics/icc-prosecutor-visa-revoked/index.htmlNATIONAL SECURITYDemocrats Subpoena White House Over "Security Issues," Just Remember 44 House Democrats Exempted Muslim IT Spies From Background Checkshttp://aibafs.net/viewtopic.php?t=80235LAW AND THE COURTSChicago attorney calls for Jussie Smollett to be RE-CHARGED with staging alleged attack and calls for investigation into whether city's top prosecutor interfered in controversial decision to drop felony charges against himhttps://www.dailymail.co.uk/news/article-6889967/Chicago-police-demand-resignation-citys-prosecutor-Jussie-Smollett-charges-dropped.htmlBIG BROTHERZuckerberg's Plan for the Internet Would Be a Disaster for Free Expression https://townhall.com/columnists/davidharsanyi/2019/04/05/zuckerbergs-plan-for-the-internet-would-be-a-disaster-for-free-expression-n2544300?utm_source=thdaily&utm_medium=email&utm_campaign=nl&newsletterad=04/05/2019&bcid=3cb4e56ddeac8885c78e874bb1d8f1a4&recip=27077809TRUMPGATEJustice Department rebuffs demands for Mueller report https://washingtontimes-dc.newsmemory.com/?token=9b8269221c2f771c4d238d43f16da625_5ca773f2_5cd1fdb&selDate=20190405&goTo=A01&artid=1&utm_medium=Email&utm_campaign=washingtontimes-E-Editions&utm_source=washingtontimes&utm_content=Read-ButtonMichael Cohen says he???s unearthed more Trump documents, asks lawmakers to help delay his prison termhttps://www.marketwatch.com/story/michael-cohen-says-hes-unearthed-more-trump-documents-asks-lawmakers-to-help-delay-his-prison-term-2019-04-04'Trump used coded language to order me to lie under oath': Michael Cohen again claims president instructed him to give false account to Congress as embattled attorney offers up 14million files of 'significant value' in bid for lighter sentencehttps://www.dailymail.co.uk/news/article-6889667/Trump-used-coded-language-order-lie-oath-says-Michael-Cohen-according-reports.htmlPOLITICSThe Heat on Biden May be Politically Driven https://www.nationalreview.com/2019/04/joe-biden-allegations-democratic-party-politics/?utm_source=Sailthru&utm_medium=email&utm_campaign=NR%20Daily%20Monday%20through%20Friday%202019-04-05&utm_term=NRDaily-SmartDemocratic adviser on 2020: 'We could blow this'https://www.yahoo.com/news/httpseditpublishingoathcomcmsentry5ca69164e4b0a00f6d3d245a-090000121.htmlTax-return fight tests Mnuchin's loyalty to Trumphttps://thehill.com/policy/finance/437500-tax-return-fight-tests-mnuchins-loyalty-to-trump?userid=288549
FROM THE WALL STREET JOURNAL (without permission)https://www.wsj.com/articles/the-climate-needs-nuclear-power-11554420097?emailToken=cddbe10367950f92009d0bf087520cc6jbPGNlxxAD4ANiGxg6UuJbsVZJFin/RiAoMje8qdEMZTemIuzh9qiYIeZdzyn+BDZ1ev4GcBuJQ5lzSpbeF1nA%3D%3D&reflink=article_email_share

If governors are serious about global warming, they???ll preserve this vital source of clean energy.

The Diablo Canyon nuclear-power plant in San Luis Obispo, Calif. Photo: Corbis via Getty Images
Many environmentalists have changed their minds about nuclear energy over the past decade. While the share of energy produced by solar and wind has grown rapidly, nuclear remains America???s largest source of clean, zero-emissions electricity. Anyone seriously interested in preventing dangerous levels of global warming should be advocating nuclear power.
But two-thirds of U.S. nuclear plants in the U.S. are at risk of being closed prematurely and replaced by natural-gas generation, which is currently cheaper in many states. If that happens, carbon emissions could increase by an amount equivalent to adding 47 millioxxxxxxxxxxxxxxxxxxxxxxxxxxxxxxxxxx   xxxxxxxxxxxxxxxxxxxx           The governors of California, New York, Ohio and Pennsylvania can take actions to keep their nuclear plants operating. Governors in those states have in recent years urged more action out of Washington to address climate change. They???ll have far more credibility and influence if they first take action in their home states.

Mr. Hansen is a climate scientist and head of Climate Science, Awareness and Solutions Program at Earth Institute Columbia University. Mr. Shellenberger is president of Environmental Progress.
Appeared in the April 5, 2019, print edition.