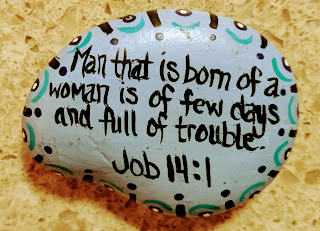 Thoughts from a hipster coffee shop …https://alphanewsmn.com/thoughts-from-a-hipster-coffee-shop/GENERAL INTERESTU.S. Pilot Who Was Shot Down During Somali Raid Responds To Omar’s 'Disgusting' Black Hawk Down Tweethttps://townhall.com/tipsheet/mattvespa/2019/04/23/veterans-who-survived-somali-raid-react-to-ilhan-omars-disgusting-black-hawk-d-n2545202?utm_source=thdailypm&utm_medium=email&utm_campaign=nl_pm&newsletterad=&bcid=3cb4e56ddeac8885c78e874bb1d8f1a4&recip=27077809PHYSICAL HEALTHUntreatabe Lyme Disease Could Hit Two Million Americans https://start.att.net/news/read/category/news/article/newsweek-untreatabe_lyme_disease_could_hit_two_million_amer-rnewsweekMENTAL HEALTHBoys can play video games for as long as they like without suffering any harm but girls who join in struggle to make friends, study suggests (Nature or nurture  ??)https://www.dailymail.co.uk/sciencetech/article-6947261/Boys-play-video-games-without-suffering-harm-girls-cant.htmlHEALTH CAREOcasio-Cortez Praises Broken VA Healthcare System: Provides 'Highest Quality' Healthcare To Veteranshttps://www.dailywire.com/news/46293/ocasio-cortez-praises-broken-va-healthcare-system-ryan-saavedra?utm_medium=email&utm_content=042319-news&utm_campaign=position2HHS NEWS: HHS To Deliver Value-Based Transformation in Primary Care https://www.cms.gov/newsroom/press-releases/hhs-news-hhs-deliver-value-based-transformation-primary-careEDUCATION17 Students From One School Earned Perfect ACT Scores  (Does this pass the "smell" test?)https://start.att.net/news/read/article/newsweek-17_students_from_one_school_earned_perfect_act_sco-rnewsweek/category/newsSchool Expelled Student Over Conservative Views: Lawyer https://start.att.net/news/read/article/newsweek-school_expelled_student_over_conservative_views_la-rnewsweek/category/newsPROGRESSIVES OFF THE RAILSWhen Facts Get In the Way—Blame Trumphttps://townhall.com/columnists/edbrodow/2019/04/22/when-facts-get-in-the-wayblame-trump-n2545147?utm_source=thdaily&utm_medium=email&utm_campaign=nl&newsletterad=04/23/2019&bcid=3cb4e56ddeac8885c78e874bb1d8f1a4&recip=27077809HUMORThe News in Zingers http://www.jewishworldreview.com/0419/hamilton.php3thanks, TM ...


Should Noncitizens Be Represented in Congress?

That is the deeper political and legal question behind today’s Supreme Court census case.

A U.S. census letter, March 23, 2018. Photo: Michelle R. Smith/Associated Press
The Supreme Court Tuesday will hear oral arguments in the Trump administration’s appeal of lower-court orders forbidding it to ask a citizenship question in the 2020 census. The justices’ task in Department of Commerce v. New York won’t be difficult: The law and facts overwhelmingly support the administration. But the case is a proxy for future battles over redistricting and reapportionment, vital components of American democracy that determine the balance of political power within and among states.
Posted by BUZZ CREEK at 4/24/2019 07:49:00 PM