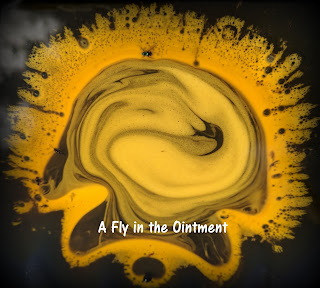 NOTE - WSJ articles at end have links to full WSJ for subscribers
Retired couple reveal how they won $26m by using 'basic arithmetic' to 'crack the code' of state lotteries - and now Hollywood wants to tell their story
https://www.dailymail.co.uk/news/article-6639765/Retired-couple-26million-state-lotteries-movie-lives.html
S*** in bricks! Blocks of dried human faeces could be used as building materials for houses of the future
https://www.dailymail.co.uk/sciencetech/article-6639611/S-bricks-Blocks-dried-human-faeces-used-building-materials-houses.html
PARENTING
How to raise an extroverted child in a world that loves introvert
http://www.jewishworldreview.com/0119/extroverted_child_rearing.php3
INSIGHT
Front Row at the Madhouse
http://www.jewishworldreview.com/0119/madhouse.php3
Nick Saban Talks About Coaching Kids From Single Parent Homes
https://dailycaller.com/2019/01/26/alabama-nick-saban-single-parent-homes/
HUMOR
The News in Zingers
http://jewishworldreview.com/0119/hamilton.php3
WEATHER
Polar Vortex to Grip Midwest With Most Extreme Cold in a Generation
https://www.nytimes.com/2019/01/28/us/polar-vortex-cold-weather.html
CLIMATE CHANGE
Climate Change Is Already Driving Mass Migration Around the Globe
https://www.ecowatch.com/climate-migration-2627183114.html
ORNITHOLOGY
What's Up With the Weird Mouths of These Finch Chicks?
https://www.audubon.org/news/whats-weird-mouths-these-finch-chicks?ms=digital-eng-email-ea-x-engagement_20190128_finch-chicks_medium&utm_source=ea&utm_medium=email&utm_campaign=engagement_20190128_finch-chicks&utm_content=medium
TECHNOLOGY
What Is 5G? Here’s What You Need to Know About the New Network
https://www.nytimes.com/2018/12/31/technology/personaltech/5g-what-you-need-to-know.html?emc=edit_nn_p_20190128&nl=morning-briefing&nlid=58935408tion%3DtopNews&section=topNews&te=1
FOREIGN POLICY
America Lost Vietnam but Saved Southeast Asia
See the first Wall Street Journal article, below.
NATIONAL SECURITY
What It Would Cost to Modernize the U.S. Nuclear Arsenal -- and Who Would Benefit
https://finance.yahoo.com/news/cost-modernize-u-nuclear-arsenal-163400604.html?.tsrc=fauxdal
Strike Back Against Every Cyberattack
See the third Wall Street Journal article, below.
VENEZUELA
Venezuelan Spring
See the second Wall Street Journal article, below.
When Democrats Care More About The Demise Of A Socialist Dictatorship Than They Do About Suffering People
https://townhall.com/columnists/scottmorefield/2019/01/28/when-democrats-care-more-about-the-demise-of-a-socialist-dictatorship-than-they-do-about-suffering-people-n2540325?utm_source=thdaily&utm_medium=email&utm_campaign=nl&newsletterad=01/28/2019&bcid=3cb4e56ddeac8885c78e874bb1d8f1a4&recip=27077809
TRUMPGATE
There’s a clear method to Rudy’s ‘mad’ Trump defense
https://nypost.com/2018/05/03/theres-a-clear-method-to-rudys-mad-trump-defense/
POLITICS
Battle of the Billionaires?
https://www.nationalreview.com/2019/01/billionaire-presidential-candidates-2020-howard-schultz-bloomberg-trump/
Why Trump Won
https://www.prageru.com/videos/why-trump-won

FROM THE WALL STREET JOURNAL (without permission)
https://www.wsj.com/articles/america-lost-vietnam-but-saved-southeast-asia-11548624224?emailToken=fa9fd0c957f662f51ff9c1ee6a752850kfhhXWeYqYyRORYDQdRuyIuG4HGXNgozgRtJ6Beq4zf9UcCV4MPCdZNdazcAqp+uPgPWFmA/tYg3abQ5UqQu4x5Q/NFQzdDwlEZg3ebA1UE%3D&reflink=article_email_share

Had the U.S. stayed out of Indochina, it might have had to intervene in the Philippines at greater cost. 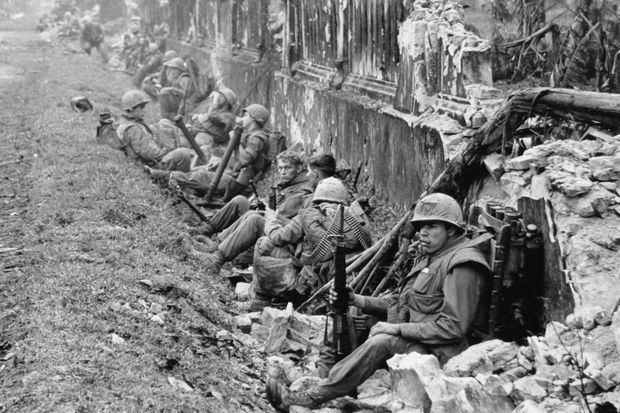 U.S. Marines rest after a battle in Huế, Vietnam, February 1968. Photo: /Associated Press
America got into World War II because of Vietnam. When the Japanese conquered what was then French Indochina in September 1941, the U.S. replied with severe economic sanctions, which convinced the Japanese that America was hostile and might use its fleet to block Tokyo’s conquest of Southeast Asia. In December the Japanese attacked the U.S. fleet at Pearl Harbor.
President Dwight Eisenhower, remembering that Indochina had been a base for conquest, declared on April 7, 1954, that a communist victory there could topple the newly independent countries of Southeast Asia like dominoes. The containment strategy against Soviet communism dictated that Washington prevent this. U.S. involvement in Vietnam followed, step by step.
***************************************************************
https://www.wsj.com/articles/venezuelan-spring-11548624135?emailToken=2f37c1047723746455140209a9ec7c9cjvVFKbMqM8Myduqm962aHYTqPkI3+p+yIv3S+rkRVnUk8uqoBWGeYD1HZ5ACJsiA&reflink=article_email_share

The people are destitute, angry and tired of socialism. They want it to end.


Strike Back Against Every Cyberattack

The U.S. can keep foreign hacks at bay by showing its ability and will to retaliate. 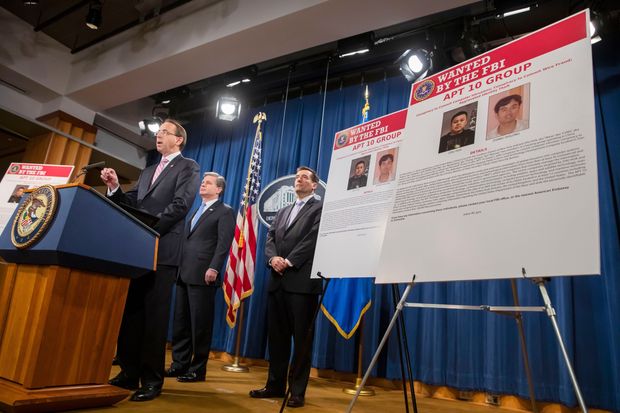 A press conference on Chinese cyberattacks in Washington, Dec. 20, 2018. Photo: erik s lesser/Shutterstock
Another week, another data breach. The latest is 773 million online accounts for sale, many with passwords included, known as Collection #1. More are likely to come—go ahead and check your status at HaveIBeenPwned.com. All this the same month Marriott admitted that five million unencrypted passport numbers were snatched from its system, probably by the Chinese. Oh, and the Russians might have hacked the Democratic National Committee again after the 2018 midterms. How do we stop this?


XXXXX
The Problem of Identity
https://www.nationalreview.com/g-file/covington-catholic-students-american-identity-issues-roger-stone/?utm_source=Sailthru&utm_medium=email&utm_campaign=20190125_G-File&utm_term=GFile-Smart