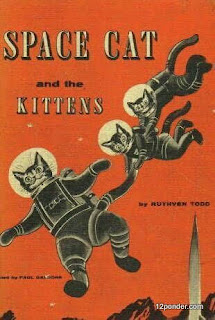 FROM THE WALL STREET JOURNAL (without permission)
https://www.wsj.com/articles/vision-zero-a-road-diet-fad-is-proving-to-be-deadly-11547853472?emailToken=f94815bf289eeefead73618ba50722a1+sxfoWYO29uRvfOLJYQ+UFZe0kqORql+2kFCD3z3ViTYAB+ceFpKa5zCJbEOeAALZWwyKagRNoZbSwWtjJbrgbZTxP9v4Q3oqktud/z8+Dg%3D&reflink=article_email_share


Vision Zero, a ‘Road Diet’ Fad, Is Proving to Be Deadly

Emergency vehicles get stuck on streets that have been narrowed to promote walking and bicycling.

Auto traffic flows in and out of Los Angeles. Photo: frederic j. brown/AFP/Getty Images
Renee Khoury was in the kitchen when she heard a scream. She ran outside and found her 65-year-old mother, Rebecca, sprawled on the sidewalk with a compound fracture in her left leg. Renee called 911 then comforted her mom as best she could.

The Khourys live five blocks from Fire Station 62 in West Los Angeles’s Mar Vista neighborhood. They heard a siren right away, but something was wrong. It wasn’t moving. “It took 10 minutes,” says Renee’s husband, Jeff. “Becky was in pain. They could hear help but it couldn’t reach them.”
Los Angeles, like cities nationwide, is transforming its streets. In July 2017 the city installed a “road diet” on a 0.8-mile stretch of Venice Boulevard in Mar Vista, reducing four lanes to two and adding bike lanes separated from traffic by parking buffers. The project is part of Mayor Eric Garcetti’s Vision Zero initiative, which aims to eliminate traffic fatalities in the city by 2025. Launched in 2015, Vision Zero is the most radical transformation of how people move through Los Angeles since the dawn of the freeway era 75 years ago.
By almost any metric it’s been a disaster. Pedestrian deaths have nearly doubled, from 74 in 2015 to 135 in 2017, the last year for which data are available. After years of improvement, Los Angeles again has the world’s worst traffic, according to the transportation research firm Inrix. Miles of vehicles idling in gridlock have reduced air quality to 1980s levels.
The international Vision Zero movement began in the 1990s in Sweden, where it apparently worked well. The Swedish government claims a 50% reduction in traffic deaths since 2000. Hoping to achieve similar gains, U.S. mayors from New York City to North Pole, Alaska, have adopted Vision Zero. Projects range from multibillion-dollar light-rail lines to retiming traffic lights for slower traffic. Road diets are key.
In neighborhoods across New York City, residents, community boards and local businesses have done battle with city officials over “traffic calming” measures imposed by city hall. Lane reductions, bike lanes, new meridians and other innovations designed to reduce vehicle speeds make it difficult for bulky ambulances and fire trucks to respond quickly to emergencies. And while pedestrian deaths have plummeted in the Big Apple under Vision Zero, deaths of bicyclists, motorcyclists and people in vehicles have ticked up.
Around the country, officials have implemented projects on short notice, over local objections and without consulting first responders. Howard Holt, a fire captain in Oakland, Calif., said he found out about a road diet in front of his station when he arrived for a shift one morning. “I wasn’t sure if I was supposed to drive in the new green lanes,” he said recently. “Turns out they’re bike lanes.” He calls the city bureaucracy “The Wall.”
During the 2017 La Tuna Fire, the biggest in Los Angeles in half a century, a road diet on Foothill Boulevard the in Sunland-Tujunga neighborhood bottlenecked evacuations. After the fire a neighborhood association voted to go off the road diet. The city ignored the request and instead added another one to La Tuna Canyon Road.
The story isn’t confined to big cities. In Waverly, Iowa (pop. 9,837), Fire Chief Dennis Happel and Bremer County Sheriff Dan Pickett say the city has ignored their concerns over a road diet plan. In Fairbanks, Alaska, Fire Battalion Chief Brian Davis says the city installed traffic controls to mitigate the impact of new bike lanes in front of his fire house. In January the average high temperature in Fairbanks is zero Fahrenheit—much too cold to ride a bike.
It’s noble to want to make America’s streets as safe as they can be. But government officials shouldn’t impose projects on communities that don’t work, inconvenience residents, hurt businesses and impede emergency responders in the process.
Mr. LeGras is an attorney and writer in Los Angeles.
Appeared in the January 19, 2019, print edition.
**************************************************************
https://www.wsj.com/articles/harvesting-democratic-votes-11547856541?emailToken=72b65944418ab7a0a8922b9ecfc55e37S4P87tcccD8/ZX9C6B6IqlXGjm/yoN+Uf/+Ep2sd1luEUfnP8CVA4praskyENy4g5UWRa5UwkhMsWwesC5zn2A%3D%3D&reflink=article_email_share

Liberals want to impose the California voting model on all 50 states.

Voters mark their ballots at the Santa Monica City Hall polling station in the 2018 midterm general election, Nov. 6, 2018. Photo: mike nelson/epa-efe/rex/Shutterstock
Democrats in Congress are making election reform their top legislative priority, and we’ve criticized it as a majority protection act. To understand why, consider that Democrats are trying to do for the country what they’ve done with election laws in California.

The Golden State is where Republican candidates went to bed on election night in November with leads in most of their competitive House races, only to lose in the ensuing weeks of vote counting. In Orange County, Young Kim was poised to become the first Korean-American woman in Congress, with a sizable lead on Election Day over her Democratic opponent. She lost by three percentage points. Republican Rep. Mimi Walters’s 6,074-vote lead on Nov. 6 turned into an 11,866-vote loss to Democrat Katie Porter.
The GOP wipeout came after the Democrats who dominate Sacramento passed laws aimed at greasing their voting machine. The project started in 2015 when California became the second state after Oregon to move to automatic voter registration.
Can’t be bothered to register? California does it for you, automatically adding to its rolls any person who has any interaction with its Department of Motor Vehicles. The system is already a threat to ballot integrity, with the DMV acknowledging in September it had incorrectly registered 23,000 voters.
In 2016 California passed the Voter’s Choice Act, which allows counties to mail every voter a ballot. Lots of Californians use mail voting, though previously they had to request it. Now ballots arrive automatically, whether voters want one or not. Thirteen million California voters received ballots in the mail last year, compared to about nine million in 2014.
The biggest score for Democrats is a separate 2016 law pushed heavily by unionsthat legalized what’s known as ballot harvesting. This allows any person—union activists, canvassers, community organizers, campaign staff—to show up at homes and collect mail ballots on behalf of voters.
California law also allows counting mail ballots postmarked or delivered on Election Day, as well as same-day registration and liberal use of provisional ballots. This year the Democratic vote totals piled up long after the polls closed. Fred Whitaker, chairman of the Orange County GOP, has estimated that an extraordinary 250,000 mail-votes were dropped off on Election Day thanks to harvesting.
All of this is carefully designed to enhance Democratic turnout. Media stories have detailed a sophisticated operation that pinpointed Democratic voters and deployed volunteers to harvest door-to-door. Republicans struggled to get conservatives to hand ballots over to strangers, and Democrats can’t be blamed for better organization.
But California law also creates opportunity for fraud and coercion. Voters in a 2017 special election for an open seat in the California state Assembly reported activists harassed them at their doors to fill out ballots for specific candidates and hand them over.
This creates opportunities for harvesters to “help” voters complete their ballots, or even pay to finish them, and it’s easy for the unscrupulous to lose ballots they think may go for the wrong candidate. This is why ballot harvesting is illegal in many states, or at least limited to drop-offs by family members.
House Democrats are now moving to impose much of this on the other 49 states. Their For the People Act, or H.R.1, would require all states to adopt automatic voter registration based on names in state and federal agency databases. This means anyone receiving federal food stamps in, say, Ohio, would be automatically registered to vote.
The bill also requires states to allow same-day and online voter registration. It mandates looser rules on provisional ballots, requires every state to provide two weeks of early voting, prohibits restrictions on mail voting, and limits states’ ability to remove voters from rolls. Oh, and it will require that the United States Postal Service deliver ballots for free. Vote harvesting isn’t in H.R.1 but give Democrats time.
All this is an affront to the American tradition of letting states set their own election rules. Few states have automatic registration, on the principle that voting is voluntary. Even liberal Slate magazine, in suggesting that the House bill would “Save American Democracy,” acknowledged that some of the bill might not survive Supreme Court scrutiny.
California has become a one-party state, and Democrats have used their dominance to make it even harder for Republicans to compete. Now they want to use their new House majority to do the same for the rest of America. The Senate can stop them for now, but look out in 2021.
Appeared in the January 19, 2019, print edition.
Posted by BUZZ CREEK at 1/21/2019 09:19:00 AM