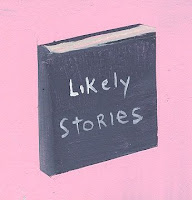 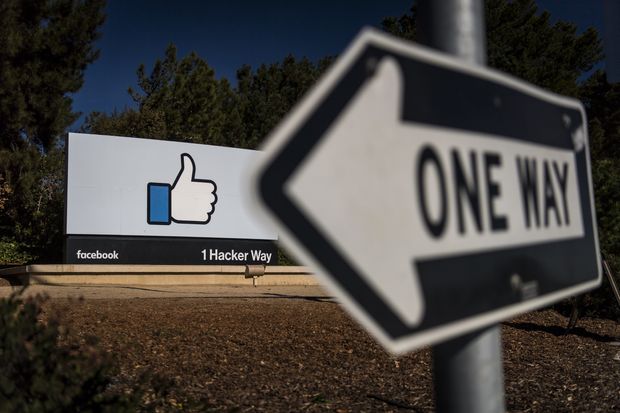 Signs in front of Facebook Inc.’s headquarters in Menlo Park, California on Tuesday. Photo: David Paul Morris/Bloomberg News
Facebook says it accidentally silenced a pro-life organization’s advertising on the social network. But the pro-life group says this alleged accident has been happening over and over again.
Also happening again is the spectacle of a Silicon Valley social media giant, which is happy to tell advertisers how efficiently and precisely it can deliver marketing messages, explaining that somehow it still can’t figure out how to allow the transmission of a political ad from a longtime participant in the national debate.
Joel Ebert of the Nashville Tennessean reported on Thursday:

Susan B. Anthony List, a Washington, D.C.-based nonprofit aimed at ending abortion in the United States, said on Twitter that Facebook had banned a new 30-second ad.

The ad raises questions about Blackburn’s opponent, Democrat Phil Bredesen, and his views on abortion.

A spokesperson for Facebook told the USA TODAY NETWORK - Tennessee that the ad was accidentally taken down and has since been restored.

“This ad does not violate Facebook’s policies and should never have been disapproved,” the spokesperson said. “We’re sorry for this mistake — the ad has been restored and is now running on Facebook.”

It’s of course wonderful to hear that the company is trying to be the neutral communications platform it claims to be. But how hard is it trying? Just hours after the report in the Tennessean included Facebook’s earnest-sounding apology, Susan B. Anthony List said on Twitter that another of its ads was being blocked by Facebook— this one related to another close Senate contest in Montana.
Last night Fox News reported another apology from Facebook. Whether this latest message of regret was generated by a human or an algorithm remains unclear. Perhaps someone was leaning into a keyboard to explain why the social network had blocked an organization named for a legendary advocate for women’s rights, including the right to life.
For those wondering about Facebook’s sincerity or technical competence, Susan B. Anthony List has been around since 1992 and some versions of the blocked ads have been on television for years.
At least for the moment it appears they can appear on Facebook as well. “At this point all of the ads are back up and running,” reports Mallory Quigley of SBA List via email. She adds that four different ads created by her organization “have been suspended and then approved multiple times in the last month or so.”
If Rep. Blackburn and her pro-life supporters feel they are not getting a fair shake from social media companies, they seem to have good reason. But Facebook has at least claimed an exceptional commitment to free speech. News consumers may recall this dispatch from 2017:

Facebook COO Sheryl Sandberg told Axios that Facebook would run the Marsha Blackburn ad announcing her Senate campaign, which claimed Planned Parenthood sold “baby body parts” and was taken down by Twitter — even though Sandberg said she personally disagreed with the views expressed in the ad. “When you cut off speech for one person, you cut off speech for other people,” she said.

Maybe some employees at social media companies are tempted to simply cut off speech from a certain type of person—the kind that doesn’t agree with them.
“Tech workers were stunned by Trump’s victory. Now they’re helping Democratic campaigns,” announced a Washington Post headline on Tuesday. To be clear, the article by the Post’s Cat Zakrzewski is about tech folks volunteering their time to provide leftist organizations with perfectly legitimate assistance, such as cybersecurity training to thwart malicious hackers.
Voters on the right half of the political spectrum have lately been given ample reason to wonder whether employees of giant Internet companies are also supporting their favorite causes at work.
Posted by BUZZ CREEK at 11/05/2018 03:47:00 PM