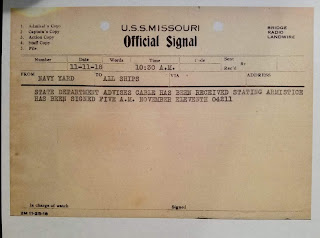 GENERAL INTEREST15 Miles – A RMEF Filmhttps://elknetwork.com/15miles/?utm_source=ActiveCampaign&utm_medium=email&utm_content=15+Miles+-+A+RMEF+Film&utm_campaign=15+Miles+-+RMEF+FilmsKeillor:  The old man repents of his materialism http://www.jewishworldreview.com/1118/keillor110818.php3HEALTHCoffee can help reduce risk of Alzheimer’s, Parkinson’shttps://nypost.com/2018/11/08/coffee-can-help-reduce-risk-of-alzheimers-parkinsons/?utm_campaign=iosapp&utm_source=mail_appPROGRESSIVES RUNNING AMOKRevenge of the White Womanhttps://www.nationalreview.com/2018/11/progressives-accuse-white-women-voters-betrayal-midterm-elections/European Union Moves to Suppress Phrases Like ‘Manpower’ and ‘Mankind’ https://www.nationalreview.com/2018/11/european-union-to-suppress-phrases-manpower-mankind/SPORTS7-year-old Cowboys fan writes brutal letter to Jerry Jones: 'WE SUCK'https://www.usatoday.com/story/sports/nfl/cowboys/2018/11/08/dallas-7-year-old-fan-brutal-letter-jerry-jones/1928563002/FINANCIALWall Street Says Fed Is in Denial About $4 Trillion Dilemmahttps://www.bloomberg.com/news/articles/2018-11-08/-fed-is-in-denial-how-a-4-trillion-dilemma-could-get-uglyHISTORYThe 11th hour of the 11th day of the 11th month --- 100 years ago http://www.jewishworldreview.com/1118/hanson110818.php3ENTOMOLOGYTermites Destroy Toy House in Stunning Demonstrationhttps://weather.com/science/nature/video/termites-destroy-toy-house-in-stunning-demonstration?pl=pl-editor-picksTECHNOLOGYFCC Demands Carriers Put an End to Robocalls By 2019 ‘or Else’https://www.idropnews.com/news/fast-tech/fcc-demands-carriers-put-an-end-to-robocalls-by-2019-or-else/87255/IMMIGRATIONTrump moves to restrict asylum claims at borderhttps://thehill.com/homenews/administration/415800-trump-moves-to-restrict-asylum-claims-at-border?userid=288549Appeals court rules against Trump DACA phaseouthttps://www.washingtontimes.com/news/2018/nov/8/appeals-court-rules-against-trump-daca-phaseout/?bt_ee=IPIC2i0axqT2Ot44rf7ZOFzg5TVhc22tNRiytl9yLvUHcVI5HTkBaZ2FWbQlqE53&bt_ts=1541705662696TRUMPGATEDemocrats have a plan if Trump fires Mueller in ‘Saturday Night Massacre’https://nypost.com/2018/11/08/democrats-have-a-plan-if-trump-fires-mueller-in-saturday-night-massacre/?utm_campaign=iosapp&utm_source=mail_appRobert Mueller has reportedly begun drafting his final report in the Russia probe https://www.businessinsider.com/robert-mueller-drafting-final-russia-investigation-report-2018-11POLITICSAmerica Prefers Divided Governmenthttps://www.nationalreview.com/2018/11/americans-prefer-divided-government-midterm-elections/WaPo: Democrats Need To Stop With The 'Senate Popular Vote' Nonsense. It's A Bogus Stathttps://townhall.com/tipsheet/mattvespa/2018/11/08/wapo-democrats-need-to-stop-with-the-senate-popular-vote-nonsense-its-a-bogus-stat-n2535495?utm_source=thdailypm&utm_medium=email&utm_campaign=nl_pm&newsletterad=&bcid=3cb4e56ddeac8885c78e874bb1d8f1a4&recip=27077809The Nancy Pelosi MethodSee the Wall Street Journal article, below.Recount prospects grow as Florida races tightenhttps://thehill.com/homenews/campaign/415791-florida-senate-and-governor-races-head-to-recount?userid=288549FL SEN: Something Very Odd (And In Violation Of State Law) Is Going On In These Two Democratic Counties https://townhall.com/tipsheet/mattvespa/2018/11/08/fl-sen-something-very-odd-and-possibly-illegal-is-going-on-in-these-two-democratic-counties-n2535608?utm_source=thdailypm&utm_medium=email&utm_campaign=nl_pm&newsletterad=&bcid=3cb4e56ddeac8885c78e874bb1d8f1a4&recip=27077809Understanding a Muslim immigrant's vote for Trump http://www.jewishworldreview.com/1118/muslim_trumper.php3--
FROM THE WALL STREET JOURNAL (without permission)https://www.wsj.com/articles/the-nancy-pelosi-method-1541635347?emailToken=bc177481a118e012f8f5a936d8061b1d1Tjb+/CFYCU2nxDJmowCw0wThweOXwthJj0N1qo3tiZu42zMBVo15tgJ9yNNNS01R8eSJcfqaeHFRW7cQbBTkQ%3D%3D&reflink=article_email_share 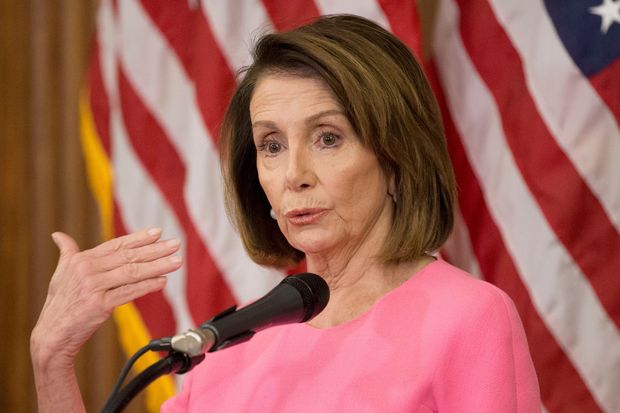 House Minority Leader Nancy Pelosi holds a news conference on the results of the 2018 midterm general election, on Capitol Hill on Wednesday. Photo: michael reynolds/epa-efe/rex/Shutterstock
Equity markets rallied Wednesday on the expectation, or maybe the hope, that divided power in Washington will mean two years of policy gridlock. That is probably the best possible outcome of a Democratic House, though on Wednesday President Trump opened the door to anti-growth policies.

With a handful of House races undecided, Democrats appear to have won a 12 or so seat majority. While that’s narrow, Democrats under Speaker Nancy Pelosi have shown they march in unison. She doesn’t have a Freedom Caucus.
Democrats will start by unleashing multiple investigations into all things Trump to tarnish the President and his family as corrupt and impeach him if they come up with enough material. Expect two years of leaks about Mr. Trump’s tax returns, business dealings, and his Administration’s contacts with business. The GOP’s Senate gains after the political assault on Brett Kavanaugh would counsel restraint on impeachment. But the left and Democratic presidential candidates may insist on it.
As for policy, Mr. Trump will need Mrs. Pelosi to pass Nafta 2.0, raise the debt ceiling and negotiate a budget. She will try to extract policy concessions, such as a tax increase to pay for public works. At his Wednesday media circus, er, press conference, Mr. Trump opened the door to trading an “adjustment” on tax rates for Democratic support for a middle-class tax cut. Don’t be surprised if Mrs. Pelosi jumps on the offer, which would tar Mr. Trump as a tax raiser and hurt the economy.
Mrs. Pelosi will also try to tempt Mr. Trump with poll-pleasing deals on raising the minimum wage, mandating family leave (the Ivanka Trump-Marco Rubio entitlement), and imposing price controls on prescription drugs. But these would have destructive economic consequences and would be difficult votes for GOP Senators. The good news is that a more comfortable GOP majority in the upper chamber may preclude some of the bad bills that Mr. Trump would otherwise sign.
It would be nice to think the two sides could cut a deal on immigration, trading more rational legal entry and legalization for young adult “Dreamers” in exchange for border security. A compromise would be good for the country. But this is unlikely as long as both sides think they can exploit the issue on Election Day. Mrs. Pelosi will also be reluctant to hand Mr. Trump a political victory on an issue that Democrats think of as theirs.
On Wednesday Mr. Trump offered to cooperate with Democrats but said that won’t happen if they turn on the investigation machinery. He also offered the odd explanation that the GOP’s loss of the House might help him because Mrs. Pelosi can deliver Democrats on cue while Republicans were difficult to corral. He’ll soon find Mrs. Pelosi charges more for deals than Speaker Paul Ryan did.
Mr. Trump has no fixed policy compass on most issues, so there’s a serious risk he’ll be lured into anti-growth traps. The U.S. could do worse than two years of virtuous gridlock when nothing economically damaging happens in Washington.
Appeared in the November 8, 2018, print edition.