California FIRE - (all fall down) 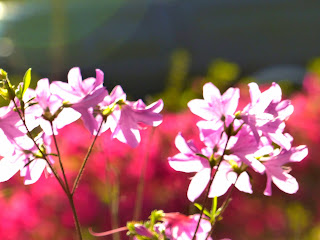 Gerard Vanderleun, the blogger for “”American Digest”” lives in Paradise, CA.  Or he did
https://americandigest.org/wp/ashes-ashes-we-all-fall-down/ (this is your reading link)

For those of you who may not be aware the Camp Fire has devastated a large area of Northern Cali (there are other fires active in Malibu and SoCal).   The Camp Fire essentially burned through a town of ~30,000 people before an effective evacuation could be accomplished.
This is a stark reminder to those of us who live in Wildfire Country……It can happen here.
Mr. Vanderleun owns the little black kitten “”Olive”” whose pics I have sent along as he has posted them.
American Digest is an exceptional blog site.  Mr. Vanderleun is safe with his 104 yo mother in Chico.  He writes eloquently of the loss of pretty much everything……….and thankfulness for the safety of his mother and kitten.
We have had friends in the Black Forest of CO come within a half mile of a burnout…..this can go bad very quickly.
https://sacramento.cbslocal.com/2018/11/08/camp-fire-butte-county-paradise/
There has been some reporting that the local authorities failed to effectively use reverse 911 and other call techniques to get people out…..but the fire was on them so fast the firefighters could do little but assist in rescue and save themselves.
One of the big issues in the news—big enough to make the WSJ and other print media is the disorganization and extent of the evac have people unable to match up with family and relatives.  Best to have the Rendezvous Point known and identified……you do have webmail addresses for all above age 10?  You do keep your vehicle fuel over half a tank at ALL times right?  If you have a situation such as we do with our son in another part of the community (downtown on looped firemains) or friends, one might consider a pre-positioning approach to evac.