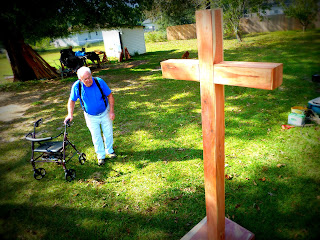 A new assessment allows us to think about good policy without panicking.

By
Holman W. Jenkins, Jr.
Nov. 27, 2018 6:47 p.m. ET
You may recall the young Democratic National Committee staffer who, after the 2016 election, cried, “I’m going to die from climate change.” Or the Bloomberg columnist who said Exxon makes a product that “threatens the continuation of human life on earth.” Or a recent George Monbiot column in the Guardian in which he is chastened by a young woman who faces “extinction” because he didn’t do enough about global warming.

If any of these ring a bell, then you’ll be puzzled by the hysterical headlines that greeted a lengthy new U.S. government assessment which states that climate change will lead to—wait for it—a 10% reduction in economic growth over the next century.
There’s a reason press coverage of the report was uniformly confused. Headlines proclaimed a doom that couldn’t be found in its pages. Journalists emphasized the non-germane, such as the Chicago Tribune belaboring the fact that the “1,600-page report” was “vetted by 13 government agencies and written collectively with the help of 300 scientists.”

Photo: iStock/Getty Images
The authors of the government tract could have communicated their assumptions and findings succinctly and clearly. They didn’t.
You have to do some research to figure out what’s going on, but the key is their estimate of future emissions. The report adopts the RCP 8.5 scenario—for “representative concentration pathway.” (Don’t ask.)
As a widely cited 2011 paper puts it, RCP 8.5 is a “high emission” scenario, in which global population grows faster than currently expected, technological change is minimal, improvement in energy efficiency is minimal. The scenario also requires the “extraction of large amounts of unconventional hydrocarbon resources well beyond presently extractable reserves.”
Posted by BUZZ CREEK at 12/01/2018 08:42:00 AM