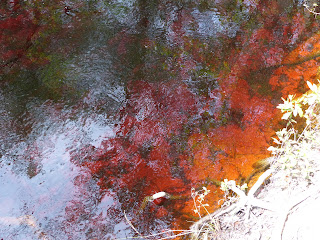 BUSINESSWhat I Learned About Young People While Trying to Buy a Carhttps://townhall.com/columnists/dennisprager/2018/10/23/what-i-learned-about-young-people-while-trying-to-buy-a-car-n2530939?utm_campaign=inarticle

ENVIRONMENTAre EV battery plants creating more pollution than EVs eliminate?https://autoweek.com/article/green-cars/will-some-gas-and-diesel-cars-still-produce-less-pollution-evsMETEOROLOGYChina’s Melting Baishui Glacier Could Spell Trouble for Billionshttps://weather.com/news/weather/video/chinas-melting-baishui-glacier-could-spell-trouble-for-billions-0?pl=pl-the-latestHurricane Willa Forces Thousands to Evacuate Along Mexico's Pacific Coasthttps://weather.com/storms/hurricane/news/2018-10-23-hurricane-willa-mexico-impactsNATIONAL SECURITYTrump Blows The Whistle on Russian Cheatinghttps://www.nationalreview.com/2018/10/inf-nuclear-treaty-russian-violations-us-committment/CARAVANAnyone wonder just why the so-called “”caravan”” of illegals from Central America just miraculously decided to get together all 4000-7000 of them at the same time and start to walk via Mexico to America so as to arrive at election day?  Weird, huh?
This whole thing stinks of Soros and Steyer…………Caravan could save GOP: 'Manna from heaven' for Trumphttps://www.washingtonexaminer.com/news/caravan-could-save-gop-manna-from-heaven-for-trumpHere's how long it takes to walk from Mexico's southern border to the UShttps://www.washingtonexaminer.com/news/heres-how-long-it-takes-to-walk-from-mexicos-southern-border-to-the-usNew Poll: Voters Want the Caravan Invasion Stopped at the Borderhttps://townhall.com/tipsheet/katiepavlich/2018/10/23/new-poll-voters-want-the-caravan-invasion-stopped-at-the-border-n2531133?utm_source=thdailypm&utm_medium=email&utm_campaign=nl_pm&newsletterad=&bcid=3cb4e56ddeac8885c78e874bb1d8f1a4&recip=27077809IMMIGRATIONIllegal immigrant families set record in 2018; top 100,000 for first timehttps://www.washingtontimes.com/news/2018/oct/23/illegal-immigrant-families-set-record-2018/?bt_ee=rWW644T66TakkhwbMpxw%2BCKrt%2BkkYq1ca66E1bP98%2BAU7b4LYP26WjviQJbGJtWA&bt_ts=1540319752691Trump trolls Democrats on immigration: 'I agree with President Obama 100%!'https://www.washingtontimes.com/news/2018/oct/23/donald-trump-uses-obama-clip-troll-democrats-illeg/?utm_source=Boomtrain&utm_medium=manual&utm_campaign=20180326&utm_term=newsalert&utm_content=newsalert&bt_ee=Z07PEgA1rPy3MkxHZpBirKabJLaf1dHeUb%2FCHj8zLZEpJBAoow4GS8VF2JKovt24&bt_ts=1540345380867KHASHOGGITrump calls killing at Saudi consulate 'worst cover-up ever'https://thehill.com/homenews/administration/412808-trump-calls-killing-at-saudi-consulate-worst-cover-up-ever?userid=288549US to revoke visas for Saudi officials over Khashoggi killinghttps://thehill.com/homenews/administration/412819-us-to-revoke-visas-for-saudi-officials-over-khashoggi-killingTERRORISMReading the body language of a crowdhttps://eatonrapidsjoe.blogspot.com/2018/10/reading-body-language-of-crowd.htmlSCOTUSSandra Day O'Connor Reveals She Has Dementiahttps://townhall.com/tipsheet/cortneyobrien/2018/10/23/sandra-day-oconnor-reveals-she-has-dementia-n2531127?utm_source=thdailypm&utm_medium=email&utm_campaign=nl_pm&newsletterad=&bcid=3cb4e56ddeac8885c78e874bb1d8f1a4&recip=27077809POLITICSLatest WaPo poll: GOP has narrowed gap; Dems now hold statistically insignificant lead in battleground House districts http://www.jewishworldreview.com/1018/balz102318.php3Records: Andrew Gillum Lied about Favor from Undercover FBI Agentshttps://www.nationalreview.com/news/records-andrew-gillum-lied-about-favor-from-undercover-fbi-agents/New Polls Show Heidi Getting Crushed in North Dakota, Donnelly Trailing in Indiana https://townhall.com/tipsheet/guybenson/2018/10/23/oh-my-two-new-polls-show-democrat-joe-donnelly-trailing-in-key-indiana-senate-race-n2531158?utm_source=thdailypm&utm_medium=email&utm_campaign=nl_pm&newsletterad=&bcid=3cb4e56ddeac8885c78e874bb1d8f1a4&recip=27077809
FROM THE WALL STREET JOURNAL (without permission)https://www.wsj.com/articles/a-senseless-act-of-courtesy-1539989147?emailToken=adf65d04b24b86b7720496340080a46ePQVQZ4jNryb4runMZ/E4YHK3ZPJLdYHYeI9i/d0EvowXi+/6zeHSWa41/zCd0NfcqgHJphEp6mSK5nAsCMxu5w%3D%3D&reflink=article_email_share


A Senseless Act of Courtesy

In an empty parking lot on a Sunday morning, an elderly couple decide not to hog two spaces.

Bob Greene
Oct. 19, 2018 6:45 p.m. ET
A Sunday morning, in the parking lot of a multibuilding office complex near a freeway-exit hotel where I’m staying in Ohio.
I’m walking, out for a couple of hours of exercise, hearing the sounds of my own footsteps. The lot is deserted. It’s a Monday-through-Friday kind of place, and today there’s no one around.

A car pulls in. I see that a medical facility of some sort seems to be open. That’s where the car is heading. The parking spaces, none of them marked as reserved, are set off by white lines. The driver—a man who appears to be in his 70s—parks. He slowly gets out, and his wife exits on the passenger side.

Photo: iStock/Getty Images
Theirs is the sole car in the lot. Maybe the doctor has made special arrangements to meet them here today. Perhaps 40, 50 or 60 of those white-lined parking spaces sit empty. Hundreds of other parking spaces are unoccupied in the extended complex. The people working in the medical office must have private spaces behind the structure, because their cars aren’t visible.
The couple start toward the building and she asks: “Are we too far over?”
He turns and looks at the car he has just parked. His tires on the driver’s side are extending over the painted line next to it. But just barely.
“You’re right,” he says. “We’re in someone else’s space.”
He walks back to the car. He unlocks it and gets in. He starts the ignition, backs up, then pulls into the space again so his tires are all the way between the lines. It’s clear this is not some sort of obsessive-compulsive habit. It’s a gesture of courtesy for someone he will never meet—someone who will almost certainly never show up.
“Better?” he calls to her from the window.
“It’s good now,” she calls back.
He re-emerges.
No one would have known, not in this empty lot. No one would have minded that his tires were over the line. He wasn’t inconveniencing other motorists, because there were none, not on this Sunday morning.
But here were a man and woman who you sensed play by the rules, all the time. The idea of not reparking that car would never have occurred to them. Maybe it’s a generational thing; maybe not. All I knew, as I saw them walking together toward the office, was that they had just made my day a little more buoyant. Those one-second decisions: whether or not to do something the right way, even when it’s so small, even when it doesn’t matter. They entered the building, and I wished I knew them.
Mr. Greene’s books include “Chevrolet Summers, Dairy Queen Nights.”
Appeared in the October 20, 2018, print edition.
Posted by BUZZ CREEK at 10/25/2018 02:43:00 PM